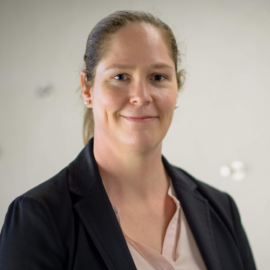 I’ve seen many changes in Navy’s culture, inclusion and levels of acceptance over the last 25 years. To fit in early in my career I contributed to the problem - diminishing those who didn’t fit the mould, but I reclaimed my authentic self and became a champion of different contributions; embracing diversity of thought and perspective. I have achieved amazing things during my career such as driving warships, hunting submarines as a Principal Warfare Officer, commanding a patrol boat and a frigate and being the Commanding Officer of HMAS ANZAC in Anzac Cove for the Centenary of Anzac Day in 2015; but it was not easy to stay true to myself in the culture of the day. It’s vital that we don’t curtail our authentic selves and we embrace the diversity of thought and contribution of everyone around us.