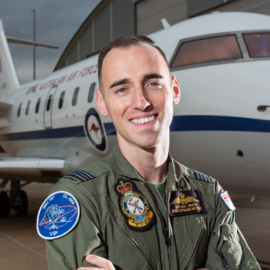 I am proud to be an aviator and an officer in the Australian Defence Force. I am equally proud to be openly gay in an organisation that respects its members regardless of race, religion, gender, disability, sexual orientation and gender identity. Being passionate about inclusion and the power of visible role models, I was open about my sexuality early in my career. I hope that my example allowed others the opportunity to bring their whole self to work.

Today, I am the President of DEFGLIS, an association and charity organisation that supports and represents Australian Defence Force LGBTI people and their families. We promote inclusion, justice, integrity and a sense of community for people with diverse sexual orientation and gender identity.