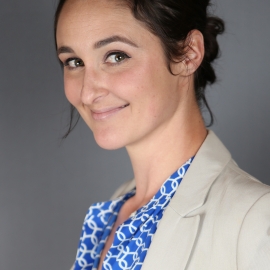 Bianca Baggiarini received her PhD in 2018 from York University, Toronto, Canada. She is a Senior Research Fellow in the School of Humanities and Social Sciences at UNSW Canberra. As an interdisciplinary, broadly trained sociologist, Baggiarini's research utilises critical approaches to expand upon the contested meaning(s) and effects of combat unmanning and autonomous weapons systems, through the theoretical frameworks offered by critical security studies, political/military sociology, and the sociology of violence and identity. Her previous research analysed how states respond to a crisis of military sacrifice in light of the neoliberal restructuring of capitalism. To that end, she explored the relations between military privatisation and combat unmanning to expose the various ways in which the historical link between citizenship and sacrifice is undone by contemporary warfare. Her current post-doctoral work is two-pronged: the first component explores how systems of reward, recognition, and military recruitment are being troubled (and necessarily reshaped) in light of increasingly autonomous, emerging military technology. The second element concerns the relationship between disembodied combat and the symbiotic politics of memory and forgetting, particularly so in relation to concepts of sovereignty, life, and the changing meaning of legitimate nation state violence.