Although the dangers of climate change and ecological collapse are often described as existential or catastrophic threats, in practice they are approached as scientific policy and governance issues. ‘Securitising’ the issue has long been regarded as problematic, with an assumption that it will lead to draconian top-down solutions. 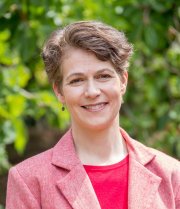 Liz Boulton, an ex-Army Officer, has re-imagined military theory for the Anthropocene, developing PLAN E as an alternative approach to humanity’s response to the hyperthreat of climate and environmental change. In this webinar, she will discuss PLAN E and present an argument for a dramatic change in threat posture.

Dr Elizabeth G. Boulton is an independent researcher at ‘Destination Safe Earth’. A former cadet and instructor at ADFA she was deployed to East Timor in 1999 and Iraq in 2004. As a civilian, she undertook logistics and humanitarian work in Ghana, Nigeria, and Sudan. In 2007 she completed a masters of climate policy at the University of Melbourne with a focus on sustainable freight transport, later consulting in this area for government agencies. She then worked in climate risk communication with the Australian Bureau of Meteorology’s Pacific Climate Change Science Program and National Climate Centre. She was awarded a PhD by Australian National University in 2020 for her thesis, ‘Climate and environmental change: time to reframe threat?’ and is the author of ‘PLAN E: Grand Strategy for the Twenty-First Century Era of Entangled Security and Hyperthreats’, Journal of Advanced Military Studies, 2022.