Books in the front line 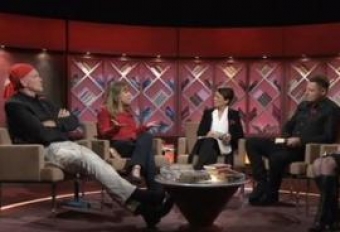 Books have many roles to play during times of conflict. Dr Christina Spittel is interested in the way books are mobilised to sustain a world at war, and how they help to rebuild it afterwards.
Currently she’s finishing a history of the Great War in Australian novels, spanning an entire century. With an international team of colleagues, she is studying how young people learn to commemorate war, not least through literature. Next up is a big project, funded by the Australian Research Council, on a socialist publishing venture to supply the Cold War world with English-language paperbacks from East Berlin.
“I write across disciplines and my work has been picked up by historians just as much as by my colleagues in literary studies,” Spittel says. “I’m also conscious that I write for the general public and for history teachers. Sometimes I make a conscious choice not to publish in the pay-walled, academic journal environment and instead contribute to books for bookstores.”
She regularly presents at academic conferences but has also run a workshop for history teachers.
Spittel has, on numerous occasions, spoken on radio and television, including on ABC TV’s The Book Club and on SBS German radio. She has spoken at a film festival in the Blue Mountains and at an event held to mark the Centenary of the War at the German Historical Museum in Berlin.