Understanding Chinese investment in the region 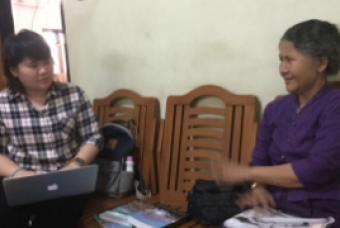 After giving a public lecture on the impacts of Chinese investment in 2016, Dr Pichamon Yeophantong was approached by several members of the audience, including policy makers, who remarked that her work could make a significant and positive difference to a lot of people in many countries. They encouraged her to continue along her current path of investigation. It was one of over 30 invited lectures she had delivered around the world in the past three years, but the audience’s reaction was not unique.

Her research centres on Chinese foreign policy and China’s role in global environmental governance. Her work is currently focussed more specifically on Chinese investment in the developing world, particularly in Africa and Southeast Asia.

Pichamon is interested in the local implications of Chinese investment in the resource and infrastructure sectors, and in how the projects undertaken by Chinese investors compare to best-practice cases elsewhere. Related to this, she has been investigating the potential role of businesses as peace-builders in conflict-affected countries.

Having consulted with NGOs, businesses and international organisations, Pichamon has been awarded a Discovery Early Career Researcher Award (DECRA) for her work, an exceptional and esteemed recognition of excellence in research, from the Australian Research Council.

While her work has attracted interest globally, an important audience for her research, Pichamon says, is in China itself. Policy makers, business leaders, NGOs and members of the public regularly attend her talks in order to better understand their country’s international challenges.

“Most of the time, what I see in China are people intent on learning about, and being very realistic about, the negative impacts that Chinese companies are having overseas,” she says. “There is a real recognition of the need for the Chinese government to address these concerns seriously.”