THE INTERPRETER: Climate change - less space between one disaster and the next 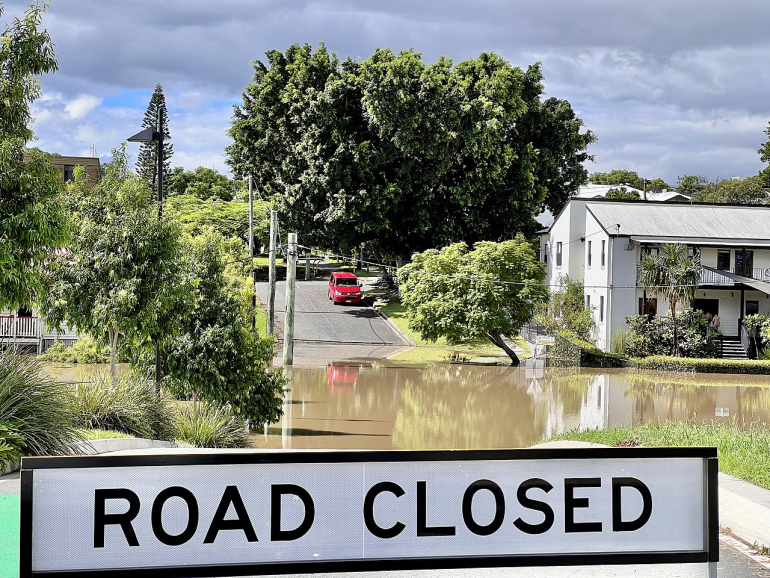 Last month, another major report on the state of the world’s environment was published – a new assessment from the Intergovernmental Panel on Climate Change (IPCC) with the dry title of “Impacts, Adaptation and Vulnerability”. Based on 34,000 studies, it shows the vast global suffering and devastation – drought, fire, land loss, displacement, cyclones, flooding, and heatwaves – that is underway and will only worsen with every year of inaction. It warns that at least 3.3 billion people – 42 per cent of the world’s population – “live in contexts that are highly vulnerable to climate change”.

The report was quickly overwhelmed by the world’s focus on Russia’s invasion of Ukraine, but its implications are just as worrying for global security. As if to remind us, an intense and prolonged storm system promptly devastated extensive parts of eastern Australia, flooding large towns and two state capitals, destroying billions in housing, businesses and infrastructure.

Climate change and conflict both unleash destructive forces, even if war is often more lethal. Likewise, as the COP26 Glasgow climate conference ended last November, Canada’s British Columbia was hit by storms that dumped a month’s worth of rainfall in two days, creating floods and mudslides that destroyed highways and bridges as easily as Russian bombs have in Ukraine. What occurred in Canada was merely one of 15 major climate-related disasters around the world in 2021, which caused $170 billion in damage. Climate disaster costs Australia $39 billion annually and could rise to $73 billion by 2060.

There is now no breathing space between one disaster and the next, and governments at every level must rethink their approach to planning, infrastructure, taxation, emergencies, farming, foreign aid, public health and national security.

More concerningly, the entire Paris Agreement membership is trapped in a dangerous delusion about the pathway to net zero.

However, the best investment the world can still make is to rapidly decarbonise and hold global heating at the 1.5°C guardrail. Can this still be done?

Results from the crucial COP26 summit were mixed. National pledges made there might hold global heating to 2.4°C, a level that risks triggering catastrophic Earth system tipping points. Yet emissions have rebounded from their fall in 2020 and show no signs of trending downward. China and India, responsible for 37 per cent of world emissions, will not reach net zero until 2060 and 2070 respectively. Their last minute intervention to water down a reference to phasing out coal in the Glasgow outcome was a ruthless display of power politics.

Even more concerningly, the entire Paris Agreement membership is trapped in a dangerous delusion about the pathway to net zero.

The Glasgow Climate Pact finally commits states to limiting warming to 1.5°C, but aims for net zero around 2050 and a 45 per cent cut in CO2 emissions by 2030. Yet this pathway is based on an outdated carbon budget developed by the IPCC in 2018, and fails to subtract the four years and 164+ gigatons (Gt) of CO2 emissions since.

The real budget is dramatically smaller and the pathway correspondingly shorter. The IPCC now estimates that for an 83 per cent chance of holding global heating to 1.5°C, no more than 300Gt of CO2 can be released from 2020 (7.5 years of emissions at recent levels). Another study restricts the 1.5°C budget, over the same period, to 230Gt (five years of emissions), which would require reaching net zero around 2030. And both estimates need to subtract 89Gt from their budget to allow for the fact that we are three months into 2022.

It seems extraordinary that none of the world’s governments could do the simple math involved in charting a scientifically credible pathway to net zero. Instead, the Paris Agreement has entered a new post-truth reality with planetary consequences.

More potential for action may lie in the side agreements announced at Glasgow: a new Beyond Oil and Gas Alliance (which only has 11 members), a Leaders’ Declaration on Forests and Land Use (with 141 signatories covering 90 per cent of the world’s forests) and a Global Coal to Clean Power Transition Statement (with 36 government signatories). Twenty-eight new members also joined the Powering Past Coal Alliance (PPCA).

These are weak, non-binding initiatives that are not based on scientifically robust reduction pathways. Indonesia has conditioned its support for both the coal and forests declarations, while the similar 2014 New York Declaration on Forests failed utterly to reduce deforestation. But they are important because through them, states have recognised that coordinated action on key emissions sectors is crucial to securing a habitable planet.

The best strategy now is for high ambition states to go to the UN General Assembly and turn these initiatives into binding treaties to phase out and ban deforestation and the burning of fossil fuels. UNGA voting rules are far less restrictive than those in the Paris Agreement: 51 per cent must vote for a negotiating conference and two-thirds must vote to adopt a new treaty. This is how governments, frustrated by the failure of the nuclear non-proliferation treaty to advance disarmament, adopted a new treaty to prohibit nuclear weapons in 2017. The process took less than five years.

The leadership for these treaties needs to come from climate vulnerable countries in Africa and the Pacific, supported by norm entrepreneurs like Costa Rica.

Proposals for coal and deforestation treaties were published in 2020 and are deeply thought out. The fossil fuel treaty initiative has valuable ideas on how to phase out oil and gas. Given the global momentum for phasing out coal and deforestation, they should be the first priority, with oil and gas following as soon as practicable. This mimics the approach taken in International Humanitarian Law where states successively banned chemical, biological, anti-personnel, cluster and nuclear weapons by dividing up the problem and building each new agreement on the success of the last. Even if the largest polluters refuse to join, a treaty-based ban will place unprecedented moral and political pressure on them to accelerate their transitions.

As the Earth’s scientists and weather combine to warn us of the extraordinary costs of climate inaction, it is beyond time for new ideas and new leadership. As Barbados’ Prime Minister Mia Mottley asked so powerfully in Glasgow: “When will leaders lead?”

This article first appeared in The Interpreter, published by the Lowy Institute. Read the original article.