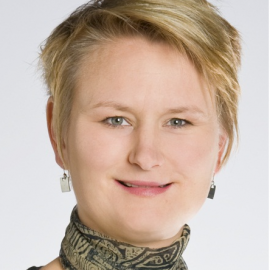 Dr Lindy Edwards has worked as an economic adviser in the Department of Prime Minister and Cabinet, a press gallery journalist for the Sydney Morning Herald and has been a senior policy adviser to an Australian political party leader. After extensive experience in the Australia political system she returned to academia to complete her PhD at the Australian National University.

Dr Edwards has been a Fellow of the Australian Prime Ministers Centre, the Centre for Policy Development and a board member of the think-tank Catalyst. She has been on the Economic Advisory Board of the Australian Conservation Foundation.  She appears regularly on The Drum on the ABC, and has a fortnightly slot on ABC radio. She has had a fortnightly column in The Age newspaper and she is a regular media commentator who has appeared on The Project,  The Times, The Australian, The Sydney Morning Herald, Radio National, SBS radio, the Malaysia Straits Times, The Monthly, The New Matilda as well Sky News, Compass and most commercial television stations.

Dr Edwards specializes on the role of ideas and ideology in politics. Her early work focused on economic ideas and neoliberalism and the way they impact on political decision making and democratic practice. Her later work has expanded out to include the history of ideology in Australian politics and future directions in ideological debate. She has particular expertise on the current ideological realignments occurring within the major parties.

Dr Edwards is also working on political donations, lobbying and corporate power in the political decision making process. Her current work finds Australia is suffering from the 'Medici Cycle' where some companies have become so large, their power rivals government, and enables them to shape government regulation to serve their own interests.