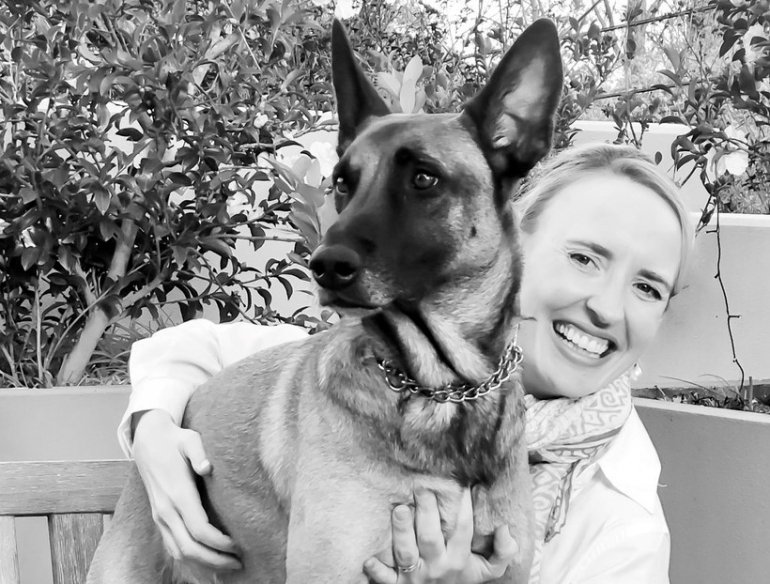 ­­­­­­­­For our latest Alumni Business in Focus story, we talked with UNSW Canberra alumna Alison Gordon about her business ‘Feed For Thought.’ Launched this year, Feed For Thought produces sustainable and ethical dogfood that allows you to nourish your dog and save the planet.

We asked Alison about her time at UNSW Canberra and how her experience has shaped her career after Defence, including her transition into the civilian workforce and becoming a business owner.

Tell us about Feed for Thought and what you do.

Feed For Thought is a pet food company with a difference. I'm the founder and my aim is to nourish pets and give pet owners the opportunity to shop ethically. Feed For Thought is a socially responsible company using sustainable protein from the black soldier fly larvae. These insects are farmed in Perth to be part of a regenerative, circular system that reduces food waste and minimises the use of natural resources. My hope is that pet owners are inspired to buy sustainable pet food based on the benefits to pets and the planet.

I launched Feed For Thought in 2021 after two and a half years of research and development, learning about the nutritional qualities of the black soldier fly larvae based on the substrate on which they feed and creating the best formula for dog food using this novel protein. During this time, I discovered just how incredible the larvae are. They eat our leftover food, diverting it from landfill where it would create greenhouse gases. Once the insects have finished eating, the output becomes a natural compost to help us grow more food. They grow quickly and thrive in confined spaces. This means that they do not need growth hormones and it is a kinder option than using farm animals. The larvae are naturally high in lauric acid which has antipathogen properties, so the insects don't need antibiotics to stave off disease. While I was studying at UNSW, I didn't dream of becoming a 'maggot farmer', but I've loved every moment of this learning process.

I studied History and IT at UNSW Canberra and carried the foundations of both into my 17-year career in the Army. As an Officer in the Royal Australian Corps of Signals, I benefited from the technical understanding of the IT degree, but the project manager element of it has also been extremely useful. I expanded on the history study with a Masters in International Relations and a year of full time study of Mandarin at the Defence Force School of Languages.

What is your favourite memory of your time at UNSW Canberra?

The people. It will always be the people I was lucky enough to have enrich my time there and indeed then my entire adult life. There were proud moments and tough moments and fun moments and moments of great learning but cumulatively, these moments were shared with great humans who taught me about who I was and who I wanted to be. 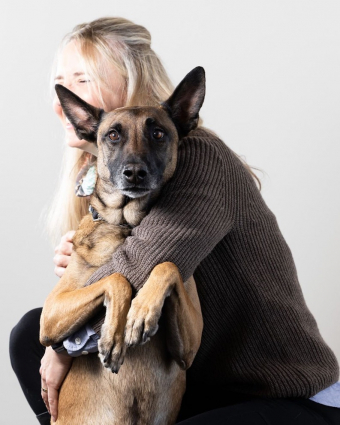 What started Feed For Thought?

My first transition 'job' after leaving the Army was more of a hobby. I started guiding and leading for a Polar Expedition Company in the Arctic and Antarctic. My time in the military set me up for this transition very well. The company I worked for was seeking Mandarin linguists for their expanding market in China and they needed resilient people who could work in a team in extreme environmental conditions. They also needed people with the ability to assess and mitigate risk. I had to learn the science of the polar eco systems very quickly – glaciology, marine biology, ornithology, in addition to the fascinating world of polar history and Inuit anthropology.

Over the course of several years, I began to see tangible changes to the beautiful wilderness of the polar regions. Glaciologists measured the retreating glaciers and oceanographers measured the rising sea levels. I saw the second and third order effects of a changing climate – changes in the locations of penguin colonies based on diminishing sea ice and an increase in exposed crevasses in areas I used to walk over without a rope and harness. It seemed to me that the way I was living life at home was creating noticeable changes to some of the most remarkable and uninhabited places on the planet. Throughout my study at UNSW Canberra and in my military career, I studied adversaries and their complexities. The polar regions had a different sort of complex adversary – it had me.

If our changing climate was caused by a terrorist organisation declaring a 'climate war' by gleefully releasing 18 tons of greenhouse gases into the atmosphere every day and gloating when droughts, deluges, heat waves, storms, wildfires, or floods ensued, then we might take more action. Unfortunately, the sources of these events, such as power plants, vehicles, farms, factories, are impersonal and way too close to home. It’s the way we use energy and resources that's causing the problem.

Of course, I didn't need to spent time in Antarctica to see and act on climate change, it was just the mechanism that propelled me to learn how to present the climate change issue to a captive audience. At this point, I felt that speaking about doing better wasn't enough. I had to take action and help create the change I wanted to be part of. I found an environmental champion (the black soldier fly larvae) that could solve part of a protein and waste problem and at the same time help my dog with his sensitive stomach. So, in short, Antarctica and my fussy dog inspired Feed For Thought.

What’s the best thing about owning your own business?

My favourite two things about owning my own business are 1. meeting professionals from fields I didn't previously have exposure to (and celebrating that diversity) and 2. learning about new areas in order to solve problems, daily.

What advice would you give to UNSW Canberra recent graduates?

Trust in your ability to learn. Even if your particular field of study isn't directly relevant to your current pursuit, your time at UNSW Canberra will have given you the foundational skills to learn quickly, and in dynamic situations. I also offer that while not a formal qualification, your time in the military following graduation will have given you skills and attitudes that are incredibly valuable, so (without unnecessary hubris), back yourself!

Do you have any advice for those making the transition from the military to the civilian workforce?

My advice is not exclusive to a civilian workforce yet is very relevant there. Listen first, then speak. You'll have an incredible perspective to offer, but it will be received more readily if you understand the environment you're in and the stories of the civilian workforce that surround you.