Ask an Expert: What is La Niña? 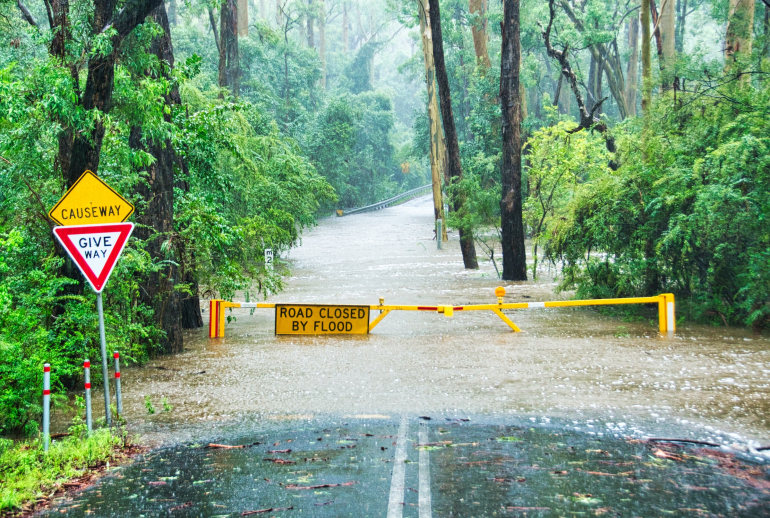 The Bureau of Meteorology has recently declared that La Niña is underway in the Pacific. What exactly is La Niña and what does this mean for Australia? UNSW Canberra School of Science third year student Giulia Brotzu Chessa and researcher Difei Deng unpack the phenomenon.

What is La Niña?

Australia's weather is influenced by a multitude of climate drivers. In saying that, El Niño and La Niña have the strongest influence over year-to-year climate variability for most of the country and are key constituents within a larger climate oscillatory system known as the El Niño Southern Oscillation (ENSO). The ENSO cycle is an oceanic-atmospheric circulatory pattern that results in the exchange of cool temperatures across the South Pacific Basin. In Spanish, El Niño means “the little boy” and La Niña means “the little girl” which, as implied, represents two weather patterns that are intrinsically linked but opposite in almost every aspect. La Niña describes the cool phase of ENSO which sees the trade winds strengthen, forcing warm water to pool around the Indo-Pacific and the upwelling of deep, cooler water on the eastern edge of the South Pacific Basin. Consequentially, when La Niña occurs, the Eastern Pacific (The Americas) experiences cooler temperatures resulting in less convection and thus less rainfall, while the Western Pacific experiences the opposite.

How does La Niña impact Australia?

The impacts that La Niña has on the Australian region is extensive. Firstly, La Niña years tend to see increased sea surface temperatures that generate a greater rate of convection and result in more intense rainfall. A common byproduct of increased rainfall and tropical cyclone frequency, particularly within Northern Australia, is severe flooding and destructive events which can disrupt communities and businesses, particularly in isolated localities. Some notable case studies of the disruptive impacts of a La Niña cycle could be observed during the 2022 Queensland and Northern New South Wales Floods that primarily affected the Greater Brisbane Region. During the timeframe in which this flooding occurred between February to April 2022, ENSO indices display particularly strong La Niña characteristics which explain the consistently heavy rainfall. The last year in which the Southern Oscillation Index (SOI) displayed similar sea surface pressure anomalies was 2011, which also resulted in similar high rainfall climate events and severe flooding in the same region. Furthermore, most of mainland Australia, south of the tropics, experiences cooler than average maximum temperatures during La Niña due to increased cloud cover and rainfall, shift in temperature extremes and earlier monsoon onset. It should be noted that when La Niña interacts closely with other global climate systems, such as a negative Indian Ocean Dipole (IOD), the combination of these two systems can further amplify the impact of La Niña on Australia.

Why is La Niña happening?

The La Niña phase, nested within the ENSO cycle, is an enduring coupled climate phenomenon caused by the interaction of the Pacific Ocean with the atmosphere above. The ENSO cycle is influenced by the holistic global climate which can alter the intensity and length of La Niña.

How often will we see La Niña returning?

The El Niño Southern Oscillation is a cyclical climate pattern that alternates phases on an irregular basis, generally occurring every two to seven years. Previous observations of climate patterns have led researchers to notice that La Niña occurs less frequently than El Niño, however, is typically longer in duration – approximately every one to three years. ENSO indices allow researchers to monitor cycle patterns and determine the current climate phase, which is presently La Niña since approximately mid to late 2020. While it is uncertain as to the exact duration of the current La Niña cycle, we approximate that La Niña will follow the typical cycle length of one to three years and will reoccur in two to seven years. Indices will allow us to determine the progression of the ENSO cycle shift away from La Niña.