THE CANBERRA TIMES: Defence Minister Richard Marles has less than 683 days to get moving 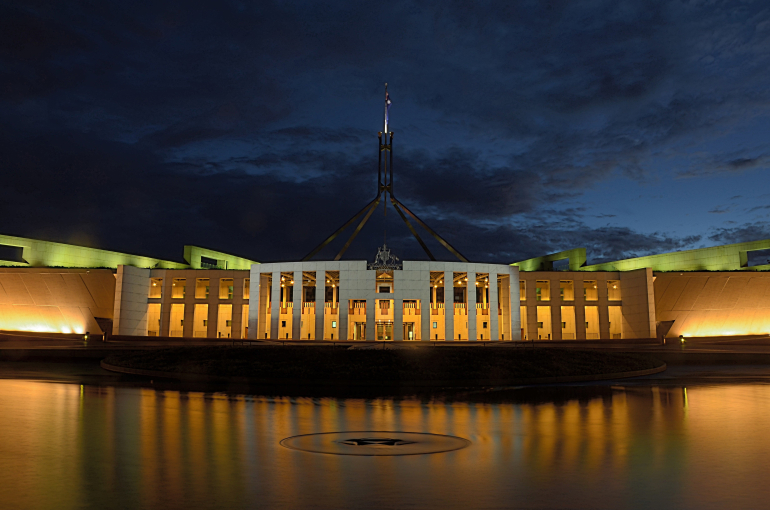 The West Wing episode 365 sees former chief of staff Leo McGarry returning to work after a serious illness to find President Bartlet's administration having neither direction nor momentum for bold, large-scale initiatives. Tasked by the President with developing a strategic plan for the remainder of his term, Leo writes "365" on a whiteboard - the number of days left until a new president is sworn in.

Calling on staff throughout the day to brief him on key policy initiatives, McGarry finds himself stonewalled by staff unwilling to commit to a time or using the excuse of having "a thing" to attend to. At the end of the day, McGarry has only one option - to wipe off the number and replace it with "364". He is left despondent.

When the 47th Parliament commences next month, the newly minted Albanese government will have just over 1000 days to implement its election commitments before it faces the Australian electorate in 2025. No easy task. Right now, ministers are absorbing critical briefings from department heads, selecting staff, and readying themselves for question time. An exciting yet daunting time for all involved.

For Richard Marles, Australia's 57th Defence Minister (and Labor's 10th) his task is even more formidable. Since 1996, each of the 14 defence ministers has served for, on average, just under two years in the portfolio. 683 days, to be exact.

UNSW Canberra historian Dr John Connor applies his doctoral thesis to Sir George Pearce's time as Australia's longest serving minister for defence - a total of almost 14 years during his 37-year career in the Federal Parliament as senator for Western Australia (from 1901 to 1938).

For Connor, Pearce is Australia's most significant defence minister, not merely because of the length of his tenure, but because of his achievements. Pearce played an important role in the creation of the Royal Australian Navy, the Royal Military College, Duntroon and the Royal Australian Air Force. He introduced compulsory military training and established a network of defence factories. He served as minister for almost all of the First World War, to his leaving the Labor Party because of his support for conscription. Yet it was not to be plain sailing for Pearce on his return to the portfolio in the 1930s.

The system of governance at that time, writes Connor, had ministers taking the main responsibility for developing policy as well as administering the department. While Pearce successfully created policy based on his beliefs in the importance of sea power and forward defence, he was not one for administration. Mistakes ensued.

Pearce's strength, however, was his willingness to ask advice both from inside and outside the department before making decisions. He read reports and developed a deep knowledge of defence issues. Pearce's role in creating defence policy was said to be more personal and more direct. His attention to detail led Robert Menzies to praise Pearce for his analytical mind and ability to express ideas and policy recommendations.

Marles, having served previously as shadow minister for defence, is familiar with the broader aspects of the defence and national security challenges facing Australia. But making decisions in the national interest is different from being a critic. Marles has access to over 16,000 Defence employees, but realistically he will come to rely on a select few - civilian department leaders, service chiefs and his private office - for advice. Think tanks such as the Australian Strategic Policy Institute (which Marles has addressed on several occasions), as well private defence companies and consultants, will all want to be heard. It will be up to Marles as to how well he filters this cacophony.

Pearce made errors as the Defence Department expanded beyond the ability of one person to administer it. Despite this, he is said to have retained two important virtues as minister. The first, as Charles Bean (Australia's official war historian) pointed out after the war, was that Pearce listened to his advisers. His general attitude as minister was that of cautiously taking the best advice he could, and when he differed from his advisers he did so with good reason. The second, conceded even by his greatest critics, was that Pearce was honest.

With the Defence "graveyard" littered with former ministers determined to drive change and implement reform, Marles would do well to consider Pearce's approach, should he wish to pursue bold, large-scale initiatives and stay long in the portfolio. On my count, he has now less than 683 days to leave a mark. Crack on.

Andrew Blyth is manager of the John Howard Prime Ministerial Library at the Museum of Australian Democracy and a doctoral student in public leadership at the University of NSW Canberra. His doctorate focuses on think tanks.

This article was originally published by The Canberra Times. Read the original article.