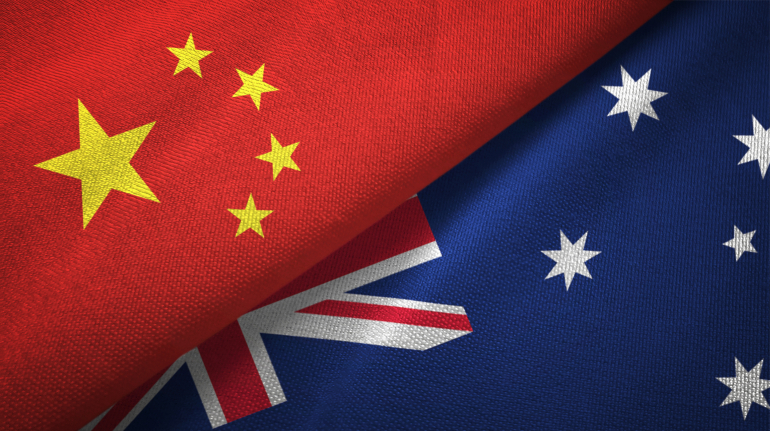 As sabre-rattling intensifies over Taiwan and the controversy over the Chinese embassy's list of 14 grievances is yet to subside, the war of words between Canberra and Beijing is increasingly presented by some here as a war of values between democratic Australia and authoritarian China.

But with the bilateral relationship reaching new lows, a values-led foreign policy can be risky.

This isn't a question of whether Australia should seek to uphold democracy and human rights in this region - it unequivocally should.

It is, however, a question of how Australia can balance values with political realism to ensure the country's national interests are best safeguarded.

To seriously reappraise Australia's geostrategic position vis-à-vis China, this involves not just talking about what Australia ought to do, but equally what it is realistically capable of achieving.

So, what is - or rather, should be - Australia's endgame? This is a question also put to Washington by leading policy pundits in 2020 when US-China relations were worsening.

Harvard professor Graham Allison predicted a 'lose-lose' for everyone, should the downward spiral in relations continue.

Like in the US, the Australian public is often treated to sweeping proclamations from Canberra about defending the 'rules-based international order' in response to the 'China threat'.

But what are these rules? The concept is little more than an empty signifier unless the rules are defined and translated into concrete plans of action.

It would also serve Canberra well to note how countries in the Indo-Pacific have more in common with China than Australia, especially when it comes to their regime types.

These governments are also notoriously pragmatic: unlike Australia, most of them still put 'rice' before 'rights'.

So long as China remains the region's economic juggernaut, do we think these countries can really be compelled to take Canberra's side?

But more important, perhaps, is the question of whether Canberra still has a China policy.

This refers to a policy that isn't purely reactive to instances of Chinese assertiveness, but also does not rest on false hopes of 'reforming' or changing Beijing through megaphone diplomacy.

Indeed, Singapore's Prime Minister Lee Hsien Loong said it best, when he said Australia doesn't have to become like China, neither can you hope to make them become like you.

It's also worth adding here observations from an old Chinese proverb: even a rabbit, when cornered, will bite. Is Australia prepared to face what a dragon would do?