THE CONVERSATION: How to survive a tactical nuclear bomb? Defence experts explain 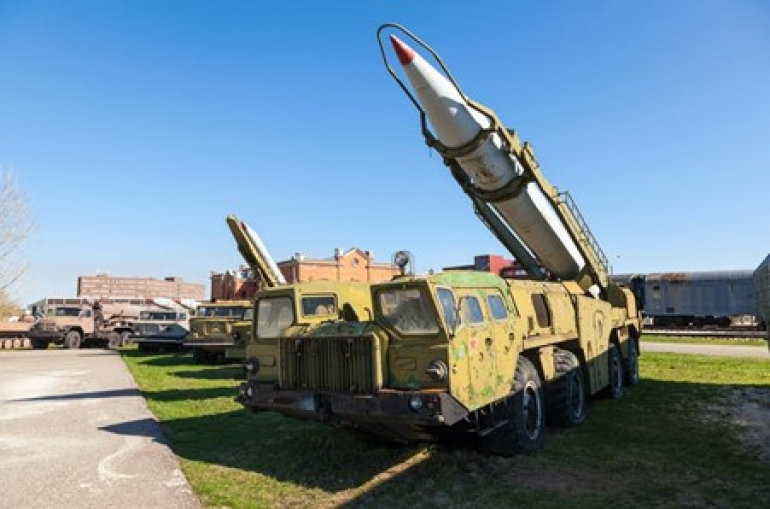 There has been widespread discussion of Russia’s threat to use tactical nuclear weapons in its war on Ukraine.

Russia is estimated to have thousands of tactical nuclear weapons – possibly the world’s largest stockpile – which could be deployed at any time. The use of nuclear weapons is also embedded in Russian military doctrine. Ukrainian President Volodymyr Zelenskyy has appealed to the rest of the world to take the threat seriously.

In this article we examine what would happen during a tactical nuclear bomb explosion, including the three stages of ignition, blast and radioactive fallout – and how one might be able to survive this.

You see a sudden flash in the sky, as bright as (or even brighter than) the sun. You quickly turn your face away and run for cover.

The brightness suddenly vanishes, but returns again a short while later and continues – the distinctive double flash caused by competition between the fireball and shock wave. It gets incredibly hot and bright, and you shield your eyes to avoid retina burns.

The intense thermal radiation also causes skin burns, possibly through your clothing. Wearing pale-coloured clothing or being indoors will help.

You’ve also received substantial doses of invisible nuclear radiation: gamma rays, X-rays and neutrons. You find cover to shield the worst of the heat and radiation.

You’ve now survived the first seconds of a nuclear detonation, hopefully a “tactical” bomb smaller than that at Hiroshima (which was the equivalent of 15 kilotons of TNT).

The fact you’ve lived this long means you’re on the periphery, not at ground zero. But to survive the next few seconds, there’s a few things you’ll need to do.

Next will come the blast wave. This consists of an overpressure shock wave followed by an outward blast wind, often with reverse winds returning to ground zero.

This will destroy or damage all built structures within a certain radius from the epicentre, depending on the yield and height of the burst.

For example, a 15 kiloton bomb would have a fireball radius of about 100 metres and cause complete destruction up to 1.6 kilometres around the epicentre.

A one kiloton bomb – similar to the 2020 ammonium nitrate explosion in the Lebanese capital Beirut – would have a fireball radius of about 50 metres, with severe damage to about 400 metres.

You’ll need to shield yourself from the thermal and nuclear radiation, as you could die if exposed. However, you must find somewhere safe – you don’t want to be crushed in a building destroyed by the blast wave.

Get indoors, and preferably into a reinforced bunker or basement. If you’re in a brick or concrete house with no basement, find a strong part of the building. In Australia, this would be a small bathroom at ground level, or a laundry with brick walls.

The incoming shock wave will reflect off the internal walls, superimposing with the original to double the pressure. Avoid the explosion side of the building and make sure to lie down rather than stand.

If there is no reinforced room, you can lie under a sturdy table or next to (not under) a bed or sofa. You may be crushed under a bed or sofa if a concrete slab crashes down.

Keep away from doors, tall furniture and windows, as they will probably shatter. If the walls come down, you’ll have a chance of surviving in a pocket in the rubble.

If you’re in an apartment building, run to the fire staircase in the structural core of the building.

Avoid timber, fibre cement or prefabricated structures (which includes most modern housing in Australia) as these probably won’t survive. And open your jaw as the blast comes through, so your eardrums get the pressure wave on both sides.

The third stage is the fallout: a cloud of toxic radioactive particles from the bomb will be uplifted during the blast and deposited by the wind, contaminating everything in its path. This will continue for hours after the explosion, or possibly days.

In comparable British-Australian bomb tests at Maralinga, the fallout was clearly preserved in the desert along one kilometre-wide tracks, extending 5–25 kilometres out from ground zero.

You must protect yourself from the fallout or you’ll have a short life.

If you’re in a stable structure such as a basement or fire staircase, you can shelter in place for a few days, if necessary. If your building is destroyed, you’ll need to move to a nearby intact structure.

Block all the doors, windows and air gaps. You can drink water from intact pipes and eat from sealed cans.

For outdoor movement, any PPE available should be used – especially a P2 mask, or even a dust mask. While tactical nukes are designed to destroy personnel or infrastructure, they still allow troop movement under cover of the blast. The radiological hazard is significant, but should be survivable.

A radiological weapon, on the other hand, will deliberately increase the radiation dose to the point of it being lethal.

Once you’ve found shelter, you’ll need to decontaminate. This will require a thorough scrub of the skin, nails and hair, and a change into clean clothing. But any severe burns should be tended to first.

Hopefully by now the national authorities will have stepped in for rescue and medical treatment.