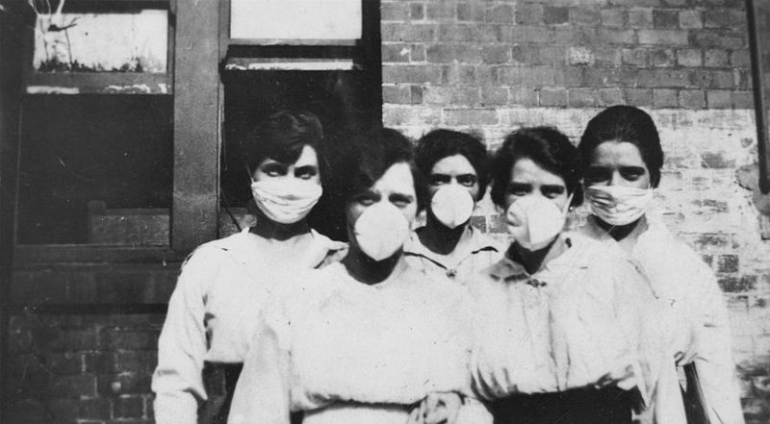 Australia’s response to the Spanish influenza of 1919 could assist the current Australian government with its response to COVID-19, according to UNSW Canberra historian Associate Professor David Lee.

He said the challenges Australia faces in foreign policy and trade are rarely entirely new, and the study of history can help provide perspective on current problems.

A/Prof Lee and fellow UNSW Canberra Humanities and Social Sciences academic Emeritus Professor James Cotton have begun research on the first two of a projected four-volume official history chronicling the Department of Foreign Affairs and Trade (DFAT) and its antecedents, after receiving a $330,000 budget from the department in May.

“It is important for organisations like DFAT to have a clear sense of where they have come from in order to navigate the way forward,” A/Prof Lee said.

“DFAT’s leadership has always appreciated the value of history to current-day diplomacy and trade relations.”

A/Prof Lee explained that lessons in epidemic management, as evidenced by the Spanish flu is just one example of how the research will help shape future decision making.

“In another example, the way our foreign and trade officials responded to a defeated Japan to build one of our most important post-war economic and political relationships could also provide guidance for today's policymakers in relations with India and China,” A/Prof Lee said.

“The research also has potential implications on how to increase Australia’s GDP, as evidenced through a decision in the 1960s to allow the risky step of allowing iron ore exports after a two-decade long embargo by trade officials helped iron ore become Australia’s now chief export.”

The two volumes undertaken by A/Prof Lee and Professor Cotton will each cover different periods and explore the historical development of DFAT from 1901 to 1987, highlighting the men and women who helped Australia engage with the world.

A/Prof Lee said good policymaking is promoted by a thorough historical understanding of how we have come to be where we are now as a country and how individual officials overcame particular challenges in the past.

“Our research team believe that by contributing to better historical understanding of DFAT's history we can help the department navigate the significant foreign and trade policy challenges facing Australia today,” he said.

Professor Cotton will author the first volume on the Departments of External Affairs, and also Trade and Commerce, from federation to 1942.

A/Prof Lee will author the second volume, on Trade and Commerce (in its various formations) from 1942 to 1987.

Two further projected volumes, yet to be finalised, will complete the project.

Both authors have published extensively on Australian foreign and trade policy.

Professor Cotton’s last two books were Australia and the World 1920-1930 and The Australian School of International Relations.

A/Prof Lee has published The Second Rush: Mining and the Transformation of Australia and Stanley Melbourne Bruce: Australian Internationalist.

As the former director of DFAT’s Historical Research Section, Lee edited four of the Documents on Australian Foreign Policy series.

Cotton and Lee have also worked together, including as joint editors/contributors of Australia and the United Nations.

Both volumes of the new DFAT series are expected to be published by 2024.

Brief History of Australia’s Department of Foreign Affairs and Trade

DFAT was created in 1987, after a merger of the previously separate departments of Foreign Affairs and of Trade dating back to the Federation in 1901.

These two departments, supplemented in the 1930s by a Department of Commerce, developed machinery to help Australian governments develop a foreign policy independent of Great Britain and to manage the affairs of an important trading nation through periods of adversity and prosperity.