In defence of the international law-based order 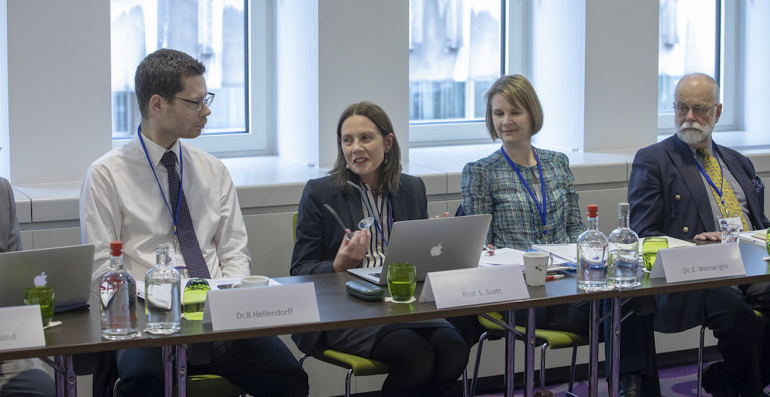 From this perspective, the United States, having `won’ World War Two, went on to lead in the establishment of a suite of key multilateral treaties. Most fundamental of course was the Charter of the United Nations, but this was followed by others of importance, including the Treaty on the Non-Proliferation of Nuclear Weapons, the international human rights covenants and the Geneva Conventions. More recently there has been the United Nations Convention on the Law of the Sea and the Treaty Establishing the World Trade Organization (WTO).

This is a dangerous rhetorical shift.

International law was integral to the functioning of the US-led international order and a key dimension of US power. International law represented a normative ideal to which all in the community in question agree and the ideal was then used as both a medium of interaction and as a bargaining pivot in diplomacy and international negotiations.

During the Cuban Missile Crisis, US diplomacy drew on the ideal to influence Soviet choices, despite the relevant law being arguably more in Soviet than American favour.

Certainly when it comes to questions of security, the ideal of international law is nowhere near as strong today as it was in 1962.

The turning point was likely the 2003 invasion of Iraq, where the blatant undermining of the ideal by the US put the falseness of the image of international law as politically neutral in neon signs.

Interestingly, during the intense exchanges between the US and North Korea last year it was North Korea that made more references to international law, when the US could easily have made diplomatic mileage out of the obligation not to threaten to use force. Instead, Trump attracted widespread criticism by making his own threats.

According to ideology theory, there is always a core set of principles integral to a social or political system. So if the core ideal in the order is no longer going to be international law, then there will be another, and the rules-based international order is a current contender.

The dangers of having the rules-based order accepted as a replacement for the ideal of international law are at least threefold:

Perhaps most basically is the problem that the rhetorical shift does not actually tackle head-on the primary issue at the heart of the decline. Perceived US hypocrisy, as symbolised by the 2003 invasion of Iraq (but also other uses of force also of dubious legality, including that during the Kosovo crisis), caused what now seems to have been irreparable harm in how others viewed the ideal of international law. Putin has not let the West forget with his parodying of rhetorical references to international law.

In fact, it may be that the shift from ILBO to RBIO makes the situation worse. Not only was the assumption of the obligation to comply with international law weakened by the West through its actions, but similarly affected was the component principle emphasising the universality of international law. International law was, in 2003, something that the West imposed on others. The shift to RBIO invites an acceleration of this questioning, by prompting the question: `whose rules’?

This is unfair to international law because while it may have been US-dominated, it did leave room for others. China’s experience with international law is a case in point: China has a seat on the UN Security Council, it is part of one of the inner circle of states in the NPT and is an equal player in the WTO.

However, most serious is the concern that RBIO is too broad a term compared to ILBO. The replacement of ILBO with RBIO as the ideology of the international system places the West in far greater danger than if the West were to stick with international law.

International law contains a whole host of checks and balances built into the system in a way that rules do not. If all that countries agree to as a normative ideal is a set of rules, those rules could indeed be made up by whoever has the power to do so, and they could be changed as frequently as the most powerful wishes. RBIO could be used offensively as a diplomatic pivot against the West to hasten its relative decline.

Shirley Scott is Head of the School of Humanities and Social Sciences at UNSW Canberra.

This article is based on a presentation at the EU-Australia Leadership Forum Sectoral Policy Workshop on a Rules-Based International Order, which took in Brussels on 26-7 April. The AIIA is part of the international consortium delivering this project.

This article was first published by the Australian Institute of International Affairs' blog, Australian Outlook.