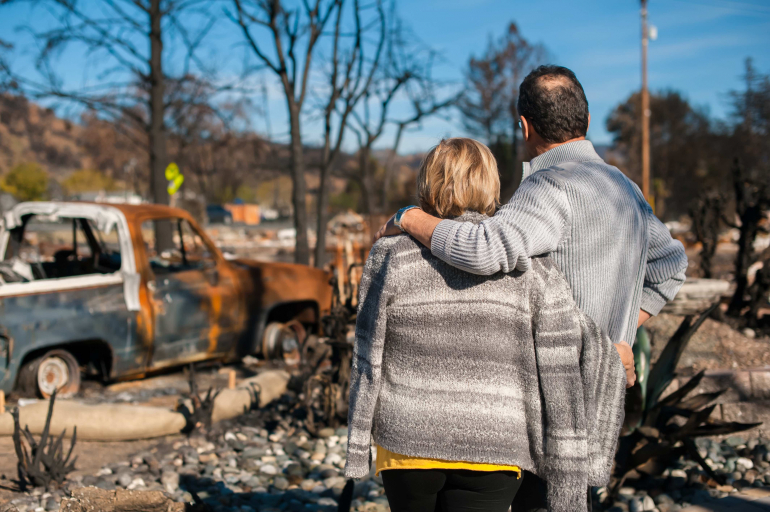 As the catastrophic bushfires continue to burn throughout the country, we’ve seen many examples of people at their best: the brave volunteers on the fire front, those tirelessly taking care of injured wildlife, individuals digging deep into their pockets to help with relief efforts.

Unfortunately, these tragedies also bring out the worst in some people, with reports of scammers taking advantage of the generosity of Australians with fraudulent fundraising attempts.

“Scammers love these opportunities to get on board and try to dupe people out of their money.”

Scams have manifested as calls and text messages impersonating organisations seeking donations, door-to-door charity appeals, as well as a range of online-based tactics.

“Some of the scams we’ve seen have basically been email-based and social media-based, trying to get people to donate money to non-bona fide charities,” Mr Phair said.

“People are aware from the media of what's going on and the scammers are adept at knowing when and how to dupe people out of their money.

Mr Phair said scams are nothing new, but they have evolved with technology and can be difficult to spot.

“Scams really started off with a letter through the traditional mail from a Nigerian prince or similar person trying to give you some money. That then moved to online through the use of email and now social media,” he said.

“What we see now is the use of a big event and that can be anything from a sporting event or a national disaster, like bushfires, where scammers prey on the insecurities of people to get them to divulge their banking account and other personal details.”

Mr Phair said the public has a range of options when it comes to donating to those in need, from large-scale charities and organisations such as the Rural Fire Service and WIRES, to crowdfunding sites directed down to community levels.

“There’s a lot of people out there genuinely trying to do good and there’s nothing say that it really should just be the big mainstream charities that should get money, but it’s best to do your due diligence because unfortunately scammers have used those sites as well to appeal for and accept money,” Mr Phair said.

He refers donors to the Commonwealth Government’s Scamwatch website that includes a searchable charity register.

The website also provides advice for those who would like to donate to bushfire relief efforts via a crowdfunding site.

A Google search can also reveal scams that have been uncovered.

“When giving money to a crowd funding or legitimate site, look at the payment options that they give and stick to your traditional mainstream ones like credit cards, PayPal and the like,” Mr Phair said.

“Be wary of some of the other mechanisms, which include places like Western Union that might divert the money overseas, rather than locally. That could be a flag that it's not a legitimate charity or other bona fide organisation.”

More information about bushfire fundraising scams can be found on the Scamwatch website.