How do champion teams overcome a team of champions? 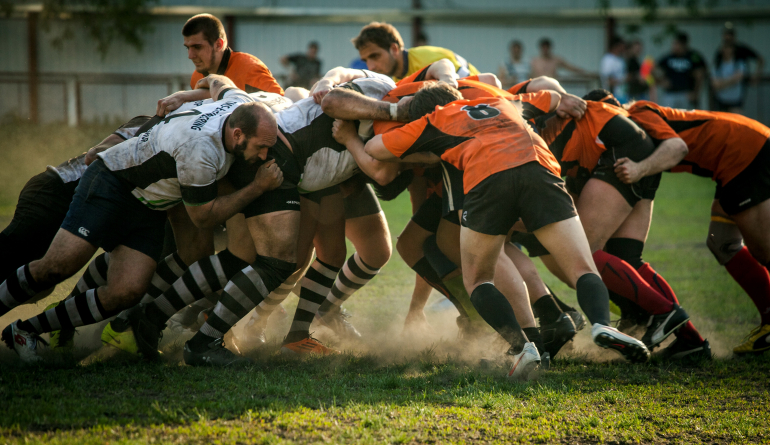 The underdog sports movie. From Cool Runnings and The Mighty Ducks to Moneyball, it’s a classic cinematic trope; teamwork and individual talents combine to prevail over a team that (on paper) is vastly superior.

This story is not restricted to fiction. According to UNSW Canberra researcher Dr Sadjad Soltanzadeh it comes down to the difference between “a champion team and a team of champions”.

“One historical example, which has also been turned into a movie, is Miracle on Ice. It’s about the US ice hockey team that played at the 1980 Winter Olympics,” Dr Soltanzadeh said.

“The coach, Herb Brooks, recruited a bunch of college players to the team instead of getting all stars, but the philosophy of the coach was that it’s about the whole team. He recruited a team that could complement each other and magnify each other’s strengths. In the end, they managed to win the gold medal and beat the Soviet team, which had been unbeatable for 12 years.”

“That one is another example of a team that works very well together,” he said.

Academics define this concept as ‘systems thinking’, which involves applying a holistic approach to a system.

“There’s always the interactions between individual players within the team that bring about certain results and outcomes.”

While sport provides some of the more exciting examples of ‘the champion team’, Dr Soltanzadeh said it’s an approach that can be applied to any team, from the public service to the military.

“Every institution wants to be successful and effective,” he said.

“We need to ask what we need as an institution to work more effectively and achieve our goals. If we focus on recruiting ‘star’ individuals, we may end up recruiting a team of champions, rather than a champion team.

“We shouldn’t just look at the length of people’s resume, we should see how each individual fits the whole institution.”

How do champion teams overcome a team of champions?

Building a champion team and system thinking will be among the topics discussed at the first TEMPER workshop on Training Enhancement and Military PERformance – an interdisciplinary workshop hosted by UNSW Canberra in February.

The international workshop will bring together military scholars and sports scientists to discuss the role played by psychological preparation, training methods, and cognitive-enhancement technologies used on both the sport field and the battlefield.

The workshop is being organised by Dr Soltanzandeh, along with fellow UNSW Canberra academic Dr Max Cappuccio.

“The exchange of expertise and knowhow between these two domains is very useful,” Dr Cappuccio said.

“They both train people to make quick, effective decisions in demanding environments with high stakes and very high risks.”

TEMPER will be held on 13-14 February. Registrations and abstract submissions are now open.

Something fishy: what performance analysis in professional sport has learnt from schools of fish