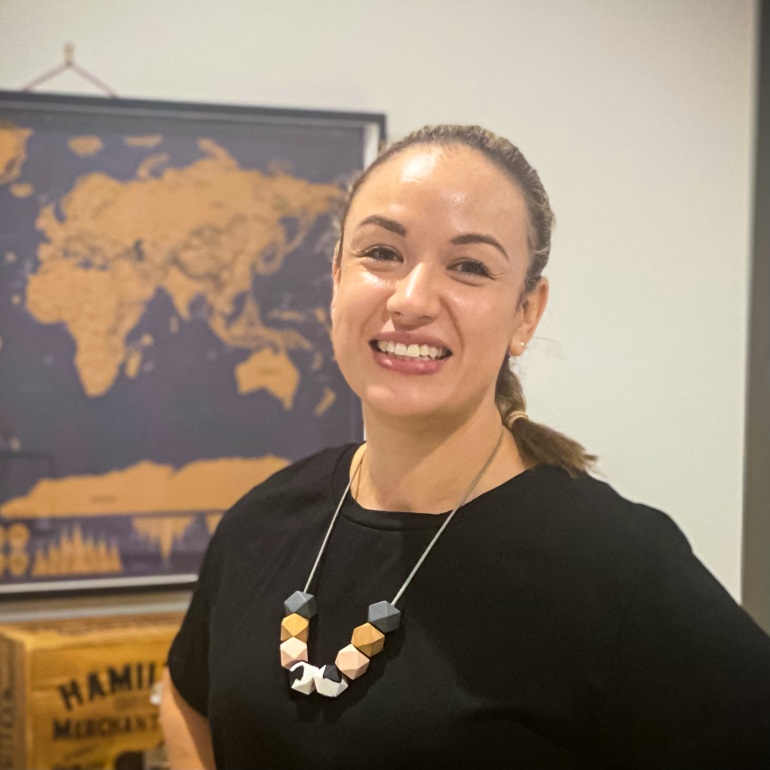 Take it from Jasmin Diab: “Being a nerd is an awesome career path.”

“By day I’m a combat engineer officer in Army, and in my spare time I’m a mum of one human and two dogs, the President of Women in Nuclear (WiN) Australia, and a member of the Australian Radiation Protection and Nuclear Safety Agency’s Nuclear Safety Committee,” she said.

Lieutenant Colonel Diab, a UNSW Canberra 2003 graduate, said some of her favourite memories of university were formed in the science labs.

“My undergrad degree gave me the taste for nuclear science, it’s pure magic!” she said.

“This then encouraged me to keep learning about nuclear science and engineering as a postgrad to keep my nerd brain active.”

Understanding atoms and their interactions drew LTCOL Diab to a line of work within Army where she could use her knowledge in nuclear to support national security and Defence.

“I love commanding and leading soldiers,” she said.

“What I love the most about leading my soldiers is that they love to learn more about science. It means I am surrounded by people willing to challenge thought and discuss emerging technologies in a way that encourages me to constantly learn more.”

These connections are so important in the STEM disciplines, LTCOL Diab said, and she advises anyone with an interest in STEM to “find your village”.

She found hers through the Women in Nuclear (WiN) Australia early in her career. She is now the president of the organisation.

WiN, which is open to all genders working in the nuclear and radiological sciences, is committed to promoting diversity in nuclear through networking, advocating for women in nuclear, and informing the nuclear debate.

“Some of my closest friends and mentors I met through WiN and they have helped me navigate my path,” LTCOL Diab said.

“There are so many fantastic STEM-centred groups and networks. Finding one that motivates and empowers you will support your career development and give you your kind of people to learn and grow from.”

Reflecting on this year’s International Women’s Day theme – #BreakTheBias, LTCOL Diab said she can see things are starting to change when it comes to flexible working.

“One of the awesome outcomes from the pandemic is that flexible work is good for all, not just women,” she said.

“It’s so nice to see men bringing their kids to work when their partner is working, or having flexibility in their work to do drop offs or pickups. Sharing the family load is an important way to allow for both partners to have fulfilling careers.

“It makes us all better humans to have balance.”