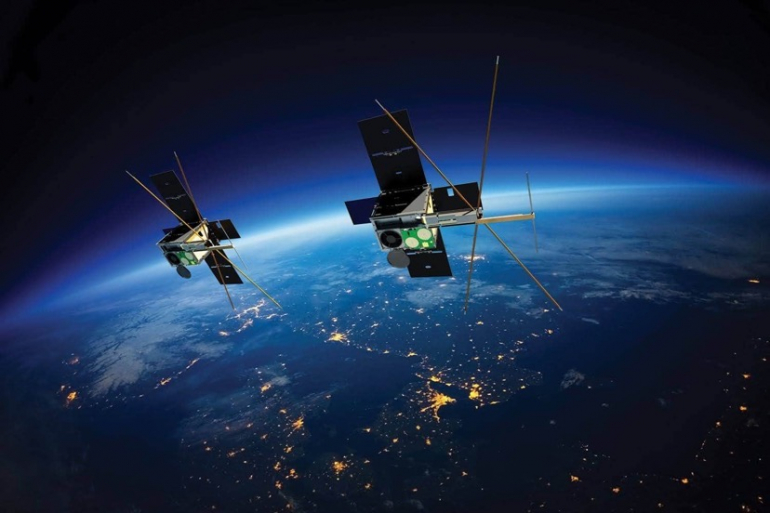 A cube-sat developed in Canberra to demonstrate state-of-the-art space technology in collaboration with the Royal Australian Air Force (RAAF) is going through the testing phase in preparation for its planned launch in early 2021.

The M2 cube-sat is the third of three that have been developed by engineers and researchers at UNSW Canberra Space, under a $10M contract signed with RAAF in November 2017. This testing follows the successful launch and mission operations to date, of the M2 Pathfinder cube-sat last month.

UNSW Canberra Space Director Russell Boyce said the M2 satellite builds on the work of M2 Pathfinder and will be used for maritime surveillance as well as building block demonstrations of various sensors, communications and on-board processing. This particular satellite will split into two in orbit, and demonstrate formation flying technologies as well.

“These versatile small satellites have re-programmable software defined radios on board and can change their purpose mid-mission, greatly improving their functional capabilities for multiple uses by Defence and civilian users alike,” he said.

Testing began in early June and will continue throughout the year to ensure the cube-sat is ready for launch.

“It is vital to ensure that we thoroughly test the satellite and recreate as many conditions as possible that it will face through launch and when in orbit,” M2 Mission Lead, Andrin Tomaschett, said.

“So far we have tested how the electronics in the satellite operate in extreme hot and cold temperatures which is conducted in a Thermal Cycling Chamber at facilities at the Australian National University’s Mount Stromlo.

“This was followed by vibration testing where the satellite was placed on a shaker table. The table replicates the intense shaking that M2 will endure on launch. One of the final tests we conduct will be a pressure test which is conducted in a vacuum chamber. This will be run later in the year, closer to the launch date,” he said.

The M2 mission and the ones that have come before it, are an important part of delivering research and educational outcomes for Defence and civilian students studying engineering at UNSW Canberra, which helps build space capability in Australia.

UNSW Canberra Space is a world-class team with facilities to enable end-to-end space mission capability. From its base at UNSW Canberra, the team play a leading role in shaping and developing the Australian space industry to meet global challenges.