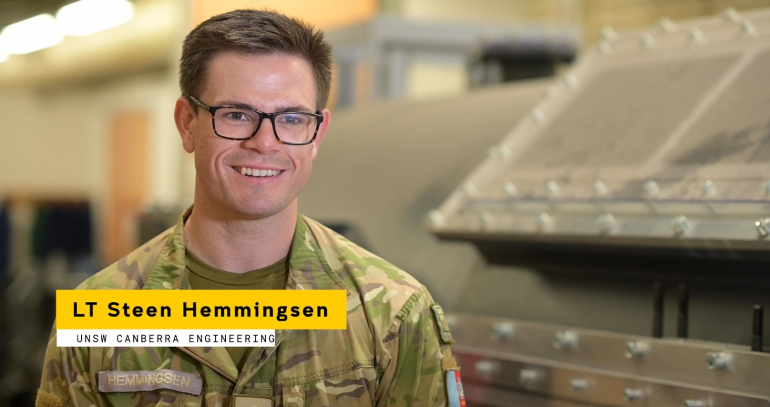 Can shock waves be used to destroy microscopic objects? That's the question UNSW Canberra student Steen Hemmingsen decided to address for his fourth-year thesis in the aim of progressing the development of new food sterilisation methods.

The New Zealand Army Officer and mechanical engineering student said ultrasonic waves have previously been used to kill harmful bacteria, such as E. Coli. However, shock waves have not been directly used to achieve effective microbial sterilisation.

"We're trying to find out what happens when you apply a shock wave through an impact into a fluid, and then what small physic phenomena are happening at the microscopic level,” Steen said.

"So, on this project, initially we designed a new capsule that was able to contain three samples and expose them to three different shock magnitudes.

"This would enable three different sets of data that show how the shocks are interacting with the fluid."

While the ACT's COVID-19 lockdown prevented the practical experiment from going ahead, Steen produced computer generated models that demonstrated how the shockwave would propagate through the capsule, and how those shock waves would interact with each other within the capsule.

He said the project enabled him to do the full design process, work with the University's manufacturing team to create the capsule and use computer simulations to explore the potential outcomes.

"Going forward, we hope that someone will take up this project and actually conduct the initial experiment and then really find out what happens when those shock waves interact with those microscopic geometries in the fluid," Steen said.