OPINION | How heatwaves and drought combine to produce the perfect firestorm 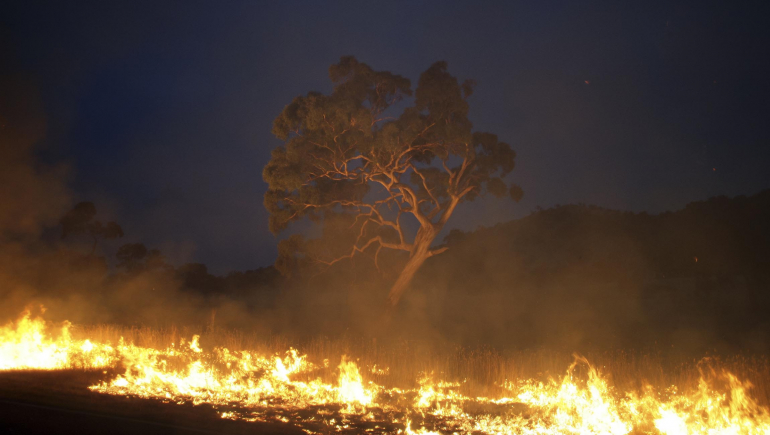 Victoria’s heatwave in 2009, which reached a record temperature of 46.4℃, came during severe, enduring drought and culminated in the Black Saturday bushfire tragedy.

Likewise, the unprecedented Black Summer bushfires marked the end of 2019, Australia’s warmest and driest year on record. It unfolded in episodes of extreme heat combined with dry, windy conditions.

While we know heatwaves and drought make fires worse, the details are poorly understood. This is what our new research investigated.

We found drought and heatwaves intensify the drying of dead bushfire fuel, and can lead to “megafires” like those we saw last summer. However, we were surprised to find the effect varies in nature over different regions. Let’s look at why.

Megafires are mainly defined by their enormous size and the amount of resources required to bring them under control. They can burn for months, and consist of multiple “extreme” bushfires.

Extreme bushfires burn intensely in smaller areas, lasting up to a few hours. They’re also widely known to create their own weather, and in the very worst cases can develop into fire thunderstorms.

Most of the damage wrought by the Black Summer fires was due to recurring extreme bushfire events. These were extraordinarily powerful, with high rates of fire spread, high fire intensity and profuse “spotting” (when embers in the wind start new bushfires).

One of the most critical factors driving extreme bushfires is the moisture content of bushfire fuel — grass, leaves, sticks, shrubs, logs and trees.

Drier fuels not only burn more readily and with greater intensity, but are more susceptible to mass spotting, which can rapidly drive a fire across the landscape.

Our study quantified the combined influence of drought and heatwaves on the moisture content of bushfire fuels. We specifically looked at “dead fine fuels”, which consist of dead vegetation less than 25 millimetres in diameter.

Dead fine fuels are specifically considered in fire management due to their capacity to ignite fires and drive the initial spread. They also play an important role in spotting. In fact, when the moisture content of dead fine fuels is critically low, spotting can become the dominant way bushfires propagate.

We looked at peak heat and fire seasons in southeast Australia from 1971 to 2020, and investigated the statistical correlation between various heatwave characteristics — frequency, duration, average intensity, and amplitude — and the average dead fine fuel moisture content for this period. 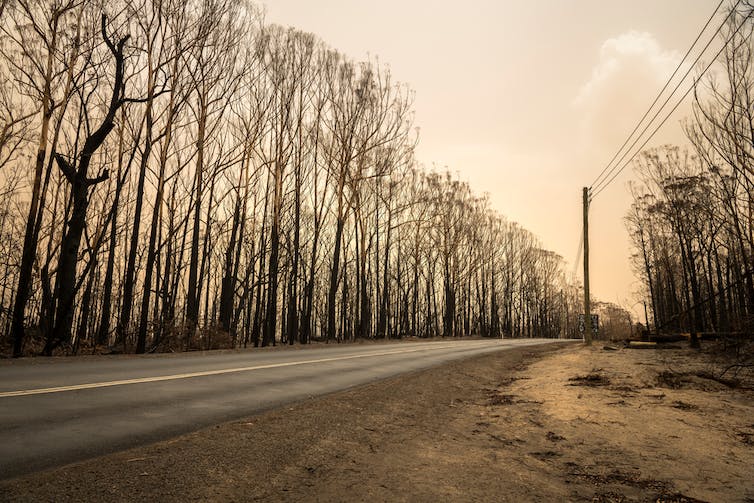 Dried vegetation is one of the most critical factors driving extreme bushfires. Shutterstock

We found the heatwave characteristics of duration and intensity (high average heatwave temperature) had a strong effect on dead fine fuel dryness. But surprisingly the effects were not the same across different regions.

In and around the Australian Capital Territory, lower fuel moisture was driven by long-lasting heatwaves.

Meanwhile, over northeastern New South Wales, southeast Queensland and central Victoria, fuel dryness was driven by heatwave intensity. A clear example of this is when Melbourne endured three consecutive days of temperatures over 43℃ prior to the 2009 Black Saturday bushfires, leading to critically dry fuels.

We found drought exacerbates the effect of heatwaves on fuel dryness. However, this also depends on the region.

In and around the ACT, a longer heatwave with drought produced critically low fuel moisture. But in central Victoria, extreme temperatures with drought led to the driest fuel.

While our research didn’t look at why these variations occurred, we can speculate that it may be due to the ways “climate drivers” influence the weather in different parts of Australia. These climate drivers are phenomena created by circulation patterns in the atmosphere and ocean, and include La Niña and El Niño (or “ENSO”), and the Southern Annular Mode (SAM).

La Niña or El Niño years are mostly felt in Queensland, northern NSW and the NT, and bring wetter or drier weather. And SAM influences the number of heatwaves in central Victoria.

Improving how we fight fires

Understanding what regions are vulnerable to particular conditions is important, because it can improve how fire danger is assessed.

It will also help better identify which parts of the landscape are most likely to experience catastrophic fires, and provide more detailed information for planning prescribed burning activities across the country.

Continuing research in this area is imperative as we face the challenge of managing the greater risk of bushfires under climate change.

Read more: Asking people to prepare for fire is pointless if they can't afford to do it. It's time we subsidised fire prevention