OPINION | The Howard government: a retrospective 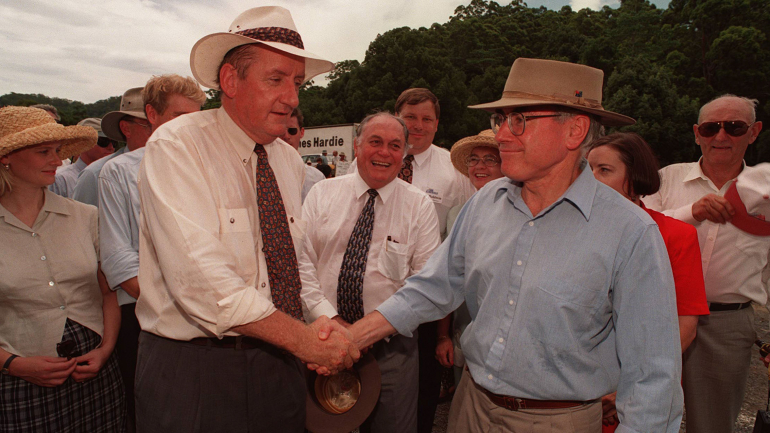 March 2021 marks the 25th anniversary of the election of the Howard government.

The John Howard Prime Ministerial Library will mark the occasion by focusing its annual conference on the theme of the Coalition.

A non-Labor coalition has been in existence almost since the Country Party was originally formed in the 1920s; it is arguably the longest-lasting coalition of its type in the world.

Howard was a supporter of the arrangement long before he became PM.

His maiden parliamentary speech in 1974 praised its value.

Yet disunity between the partners was a factor in Howard's defeat at the 1987 election, under the strains of the "Joh for Canberra" campaign.

Rifts in government can also be serious.

The Howard government's guns policy, for example, was an early test of the Coalition, yet it was supported by the Nationals leadership ahead of their own immediate - and perhaps long-term - political gains.

There are three fundamental challenges to the functioning and future of the Coalition:

*The effects of changing demographics (across the Howard governments, Nationals' seats declined by almost half)

*And the threats of being electorally outflanked by rivals who have no prospect of actually making hard decisions.

Howard has rightly said that "all modern political parties are ... coalitions. The challenge is to keep the different elements of the coalition together".

So much of the challenge is about managing people: their expectations, ambitions and egos.

The Coalition relationship cannot be taken for granted.

The Liberals must give appropriate recognition to Nationals' contributions.

The Nationals must find a distinctive voice which is complementary to, not destructive of, the Coalition.

Differences are inevitable, and their settlement generally productive.

But the work of jointly building a coherent account of the national interest is never complete.

The fifth Howard government retrospective conference will be held online on March 2.

David W Lovell is a professor of political science at UNSW Canberra, and director of the John Howard Prime Ministerial Library at Old Parliament House.