The Palace Letters - what you need to know 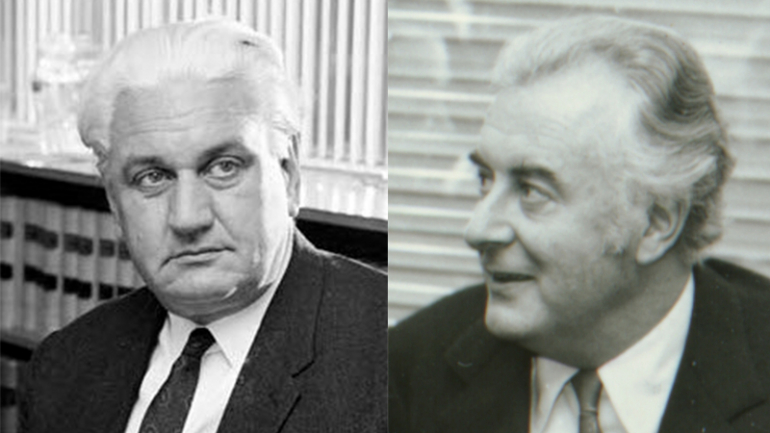 Letters between Buckingham Palace and Governor-General John Kerr regarding the now infamous Whitlam dismissal have been release 45 years after the incident. So what do we need to know about these letters and why are they important? UNSW Canberra Associate Professor Dr David Lee tells us more.

Do these letters show that the palace knew or had a role in the dismissal?

The letters do not show the Queen having explicitly directed the Governor-General, Sir John Kerr, to dismiss the Prime Minister, Gough Whitlam. On the day of the dismissal, 11 November 1975, Kerr wrote to Martin Charteris, the Queen’s Private Secretary, informing the Palace of his actions. He noted: ‘…I took the step I took without informing the Palace in advance because, under the Constitution, the responsibility is mine, and I was of the opinion it was better for Her Majesty not to know in advance, though it is, of course, my duty to tell her immediately’.

On the other hand, the letters do show how Kerr kept the Palace informed in great detail over several months about the unfolding of the political and constitutional crisis and what he saw as his options. From as early as July 1975, Kerr canvassed with Charteris the possible exercise of the Governor-General’s ‘reserve powers’. These powers, to be used only in exceptional circumstances, included the option for the Governor-General to dismiss the Prime Minister. The correspondence on various occasions shows Charteris encouraging Kerr that it was sound of him to think that use of the reserve powers was one of his options.

On 24 September 1975, he recommended to Kerr in a handwritten annotation to one of his letters a book by Eugene Forsey who had laid it down that Parliament’s refusal of supply to a Government made it possible for the Governor-General to dissolve Parliament and call an election. Later, on 4 November 1975, Charteris told Kerr that his powers to dissolve the Parliament ‘is recognised but it is also clear that you will use them in the last resort and then only for Constitutional – and not for political – reasons. To use them is a heavy responsibility and it is only at the very end when there is demonstrably no other course that they should be used’.

This correspondence would have given Kerr the confidence that his dismissal of the Prime Minister would not be disavowed by the Palace. Charteris underlined this on 17 November when he wrote: ‘If I may say so with the greatest respect, I believe that in not informing The Queen what you intended to do before doing it, you acted not only with perfect constitutional propriety but also with admirable consideration for Her Majesty’s position’.

In your opinion, what is the most revealing aspect of the letters?

The most revealing aspect of the letters for me is its illumination of the thinking of the Governor-General, Sir John Kerr, based on his regular reports to the Palace on the unfolding of the political crisis. They show him caught in a vice between two strong men, Whitlam and the Leader of the Opposition, Malcolm Fraser. Both put pressure on Kerr, Whitlam arguing that Kerr had no alternative but to accept his advice in allowing for an election of half the Senate rather than for both Houses of Parliament. Kerr was under no illusions that Whitlam would ask the Palace to dismiss Kerr if he did not follow his advice and he knew from Charteris that the Queen would, although reluctantly, have to accept her Australian Prime Minister’s advice.

Kerr was also under pressure, even blackmail, from Fraser who warned him that if he did not use his reserve powers and sack Whitlam those reserve powers would be lost for all time and Fraser would have to make that publicly known. Kerr also ruminated on whether he should have warned Whitlam of his intentions in advance but to have done so, he thought, would have brought the Palace more directly into the Australian constitutional crisis, through being asked to dismiss Kerr and appoint a replacement.

Does having this information change anything we knew about the events in November 1975?

The letters shed some more light on an important question: why was Kerr reluctant to accept Whitlam’s recommendation for a half Senate election instead of a double dissolution? The Palace letters show Kerr advising the Palace that for such an election the non-Labor Premiers might advise their Governors not to issue writs and that Whitlam might then ask the Crown to press the Governors of the non-Labor States, against the advice of their responsible State Ministers, to approve the writs. Kerr knew well how unwelcome this would be to the Palace.

All in all, the Palace Letters will provide evidence to some that Kerr acted appropriately to resolve a constitutional crisis in favour of parliamentary and responsible government and to thwart a Prime Minister who wilfully sought to govern without Parliament after supply was blocked. To others, they will provide further evidence of Kerr masterminding a coup d’etat, assisted by the Liberal and National parties and the non-Labor States, whose breaches of constitutional conventions in filling Senate vacancies had enabled Fraser to bloc supply in the Senate and force Whitlam to an early and unwanted election.

Does the information strengthen the calls for Australia to be a republic?

The letters will provide comfort to both sides of the constitutional debate. Constitutional monarchists will take from these letters that the Governor-General is our effective Head of State and that the Palace kept appropriately at arm’s length from the 1975 crisis and allowed it to be settled in Australia. Republicans will take the letters as showing Kerr dutifully reporting to the Queen, Australia’s Head of State, and the Palace as having acted improperly in facilitating what amounted to a political coup. For both sides of the argument, however, the letters may reinforce the advice of Labor politician and Judge, H.V. Evatt, that the reserve powers of the Governor-General (or a President in an Australian Republic) need to be codified.

David Lee is an Associate Professor of History, UNSW Canberra