Preferential voting: How does it work? 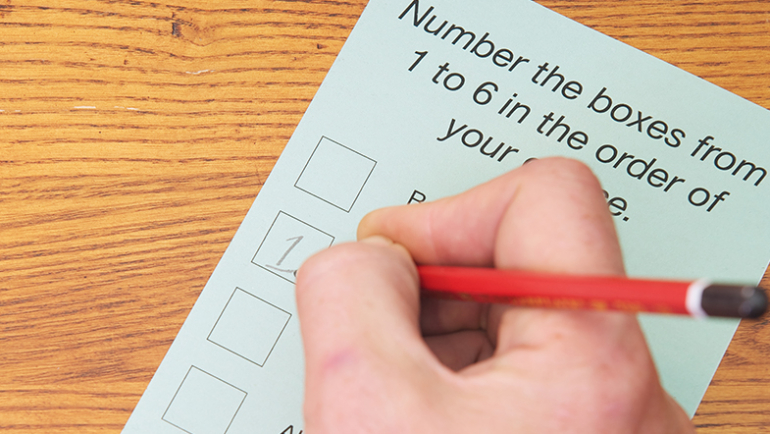 When it comes to politics, it’s often about more about who we hate the least, rather than who we like the most.

Though it might sound cynical, it is one of the reasons why we have preferential voting.

According to Dr Lindy Edwards, UNSW Canberra Senior Lecturer of International and Political Studies, this is particularly important as votes for minor parties are on the rise.

“No matter who you put as your first preference, at the end of the day, your vote in the lower house is going to come down to who you hated least between the Labor Party and the Liberal Party,” Dr Edwards said.

In Australia, a candidate must receive an absolute majority, or more than 50% of the primary vote to win without a reliance of preferences, but this is not usually the case.

“Generally, what happens, is lots of people vote for minor parties who get knocked out along the way and the preferences get redistributed down to Labor versus Liberal,” Dr Edwards said.

This differs from ‘first-past-the-post’ system, which is used by the United States, United Kingdom, Canada and India. In these countries, the candidate with the most votes is the winner.

In Australia, the candidate who receives the most first preference votes is not always the winner, but it means every vote counts, even if you don’t vote for one of the leading candidates.

Dr Edwards said this means there is no such thing as “throwing your vote away”, rather it gives voters the chance to highlight how they feel about other parties.

“The importance of the first preference votes is they give parties a major indicator of how strongly people feel about different groups and different issues and the groups – even if they weren’t successful – they give them bargaining power with the major parties,” Dr Edwards said.

Dr Edwards said both sides of politics play close attention to where those first preferences are going.

“The preferential system is designed to make sure you get to indicate who you want most and your vote still counts in terms of which of the major parties you preferred.”