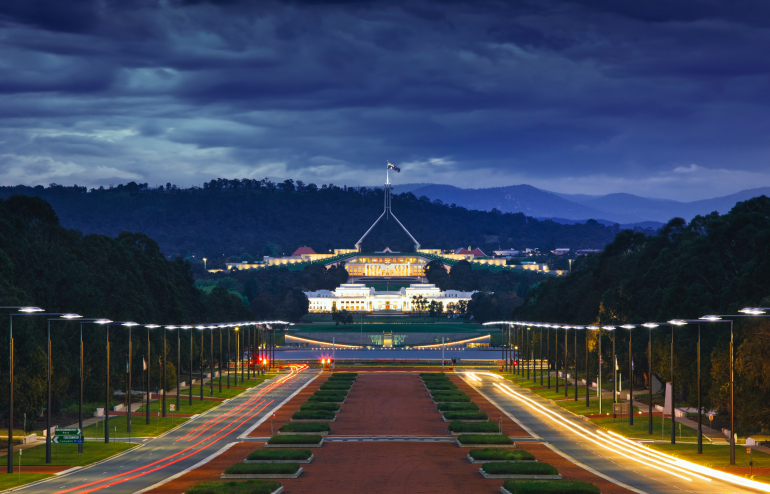 The book brings together scholarship that works to understand the identities, motivations, values, roles, skills, positions and futures for government workers.

“We were approached by Palgrave in 2017 and asked if we might want to curate a major reference work on the subject of the public servant,” Prof. Dickinson said.

Prof. Dickinson and Dr Sullivan have worked on this topic together for more than a decade, beginning in the UK and continuing both together and separately in Australia.

They were both delighted to bring Dr Henderson on as their third editor for this project.

“We thought this would be a great opportunity to address the various issues and questions we had been exploring over the last decade or so and to develop the different collaborations we had engaged with over this time on this subject,” Prof. Dickinson said.

“We wanted to bring new voices to bear on old issues and problems, identify new issues likely to shape the public servant in the future, and have a particular focus on earlier career scholars.

“While public servants are central to all that public service organisations do, they are an under examined area of scholarship and an area that would benefit from the insights of a new generation of scholars working in and around the field of public administration.” 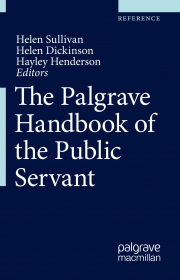 The Palgrave Handbook of the Public Servant

Prof. Dickinson said the book collates both ‘old hands’ and ‘disrupters’ from around the world into two volumes, 14 sections and more than 90 chapters. Questions which have been and will continue to be hotly debated, as well as new and cutting-edge topics are covered.

“Bringing that range of people together is never entirely straightforward and the COVID-19 pandemic hit in the middle of the process, which disrupted it slightly,” Prof. Dickinson said.

“However, we had some great section editors and contributors: while it was a lot of hard work, we had a lot of fun putting it together and learnt a lot.”

The PSRG performs timely, high-quality and reliable research into public policy implementation and draws on this to deliver world-class executive education and professional development.

Interested in partnering with the PSRG, or joining the team? Learn more here.