Reflecting on the ANZUS treaty at 70 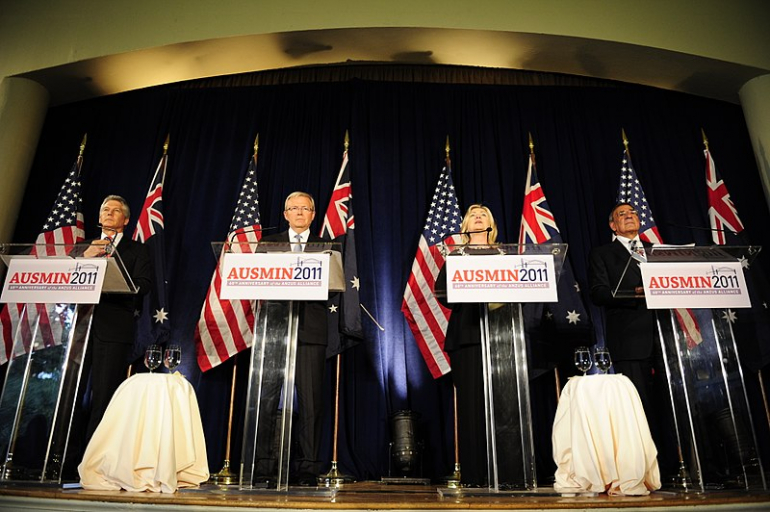 This was a collective security treaty obliging its three signatories to co-operate on military matters in the Pacific Ocean region.

The treaty stated that the parties would consult together in the event of threats in the Pacific.

An armed attack would trigger an obligation on each "to act to meet the common danger in accordance with its constitutional processes".

What this meant for the US, with Congress having the war power, was always more ambiguous than for Australia. But its architects regarded the signing of the treaty as a triumph.

From Canberra's perspective, the Australian government wanted a security guarantee to guard against the possibility of aggression from a resurgent Japan or any other Asian state that might threaten Australian security.

The US wanted to construct a series of hub-and-spokes alliances to contain the newly established People's Republic of China and support economic development in Japan.

Over the next 70 years, Australia sought to establish what ANZUS meant.

The US Joint Chiefs of Staff were reluctant to allow Australia close access to US global and regional strategic planning.

Uncertainty about the reliability of the security guarantee encouraged Australia to solidify US-Australian relations through additional means, including hosting US facilities and supporting US global and regional strategies in return for American reciprocity.

Hence, Australian defence forces loyally supported the US in wars from Vietnam to Afghanistan.

In the 1980s, New Zealand's membership was suspended over Prime Minister David Lange's decision to bar nuclear-powered or nuclear-armed ships from its ports.

How successful has the ANZUS treaty, now operating only between Australia and the US, been after 70 years?

Its advocates stress the overwhelming advantages of Australian access to US equipment and technology, intelligence sharing, the value of the alliance as an insurance policy and the shield of the American nuclear umbrella.

Critics point to the ambiguity of the treaty and its costs, including Australia's involvement in wars such as Iraq and Afghanistan, which they regard as pointless and unnecessary.

Perhaps the most important current worry is the durability of America's presence in the context of a rising China.

For strategists such as Hugh White, Australia must be prepared to defend itself without America.

David Lee is Associate Professor in history at UNSW Canberra.

This article was originally published by Australian Community Media.