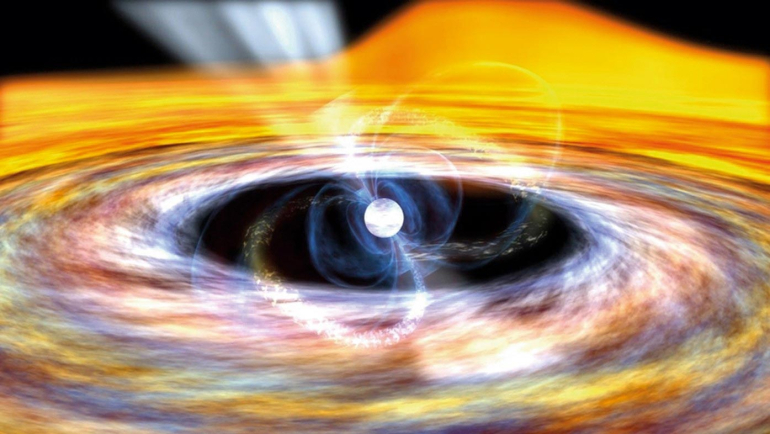 A team of researchers, including UNSW Canberra astronomer Dr Ashley Ruiter, have discovered a new explanation for a gamma-ray signal coming from the centre of the Milky Way, once believed to be related to dark matter.

Published in Nature Astronomy, and led by ANU Masters student, Anuj Gautam, the research demonstrates that this gamma-ray signal – the Galactic Centre Excess – is instead likely to be the product of millisecond pulsars, or rapidly rotating neutron stars.

Dr Ruiter explained that a gamma-ray signal is the detection of very high energy light, which can be created in very energetic, astrophysical phenomena.

“Light that we see with our eyes has energies on the order of ~1-10 electron volts (eV). The light used to cook food in microwaves is nearly 100,000 times less energetic than visible light,” she said.

“Gamma rays, on the other hand, are 10 million times more energetic than light we detect with our eyes. To 'see' light of gamma-ray energies, we need special instruments, like on the Fermi Telescope, which is a space-based observatory.”

Dr Ruiter said detections from the Fermi Telescope reveal that our Galaxy is glowing in gamma rays, but for many years, it has been a mystery as to what is creating this high-energy signal.

“Some scientists believed it might be a signal related to dark matter – but our study shows that this is unlikely. Our work shows that the Galactic Centre Excess is instead likely stellar in origin – in particular, this signal seems to trace old stars in our Galaxy, which makes sense given that our model involves pulsars that descended from (old) white dwarf stars,” she said.

The research demonstrated that a large population of neutron stars – in this case formed from white dwarfs rather than the collapse of massive stars – could instead be producing the gamma-ray signal.

“The fact that a population of interacting binary stars involving white dwarfs – now transformed into neutron stars – is found to account for a long-standing observational puzzle is quite exciting, and a bit unexpected,” Dr Ruiter said.