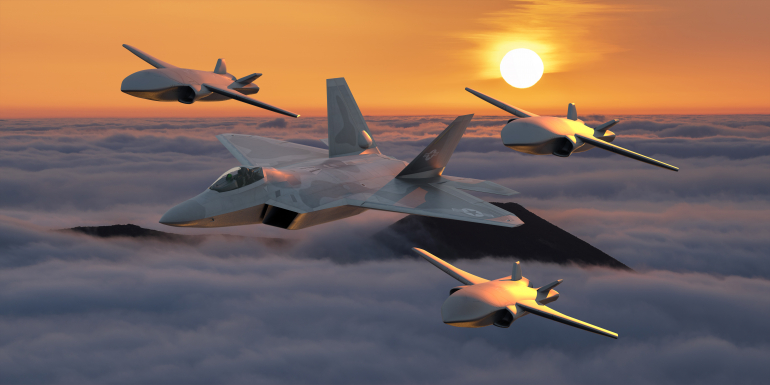 The rise of lethal autonomous weapon systems (LAWS) or ‘killer robots’ could shift the balance of power in the Indo-Pacific region, according to UNSW Canberra Research Associate Austin Wyatt.

LAWS are broadly defined as weapon delivery platforms that can analyse their environment and make an active decision on whether or not to fire independently of humans.

“Despite calls from civil society organisations and academics for a ban under international law, there is clear evidence that middle power states in our region are considering acquiring uninhabited platforms and view the emergence of increasingly autonomous platforms as an opportunity,” Dr Wyatt said.

“We have seen this interest reflected in procurement and research funding commitments by multiple non-great power states including Australia, Singapore and Indonesia.

“Despite the focus on Southeast Asian states, the book’s analysis goes beyond the region to a question of how this technology could cause instability in the region and/or allow smaller states to exercise more varied roles within the context of a return to great power competition.”

Through a data-based analysis of how middle power actors in the Indo-Pacific are responding to the emergence of military artificial intelligence and killer robots, the book asserts that continuing to exclude non-great power actors from our thinking in this field enables the dangerous diffusion of LAWS to smaller states and terrorist groups.

“This is largely a reflection of the fact that these are controversial applications of the underlying technologies that remain expensive,” Dr Wyatt said.

“The comparatively minor investments of middle power states (in terms of funds) compared to the United States or China is reflected in a focus among the international community on how great power states are approaching autonomous weapons (as potential first movers), which has led to a comparative lack of consideration of the potential impact of secondary, smaller adopters.”

The book explains that major military innovation acts as a circuit breaker between competitor states, disrupting the conventional superiority of the dominant state and giving a successful adopter a distinct advantage over their opponent.

Dr Wyatt said there were serious practical, political and technical challenges in implementing an effective international legal ban on the use and development of LAWS.

“In the absence of such a ban, we should be pushing for a broader understanding of how these systems are likely to proliferate and focus efforts on developing common technical and doctrinal standards,” he said.

“The goal of such standards would be to limit the potential for unintentional engagements and escalatory behaviours among early users.”

Dr Wyatt said the emergence of LAWS would have an impact on Australia if an effective mechanism of control wasn’t put in place.

“Australia has long relied on its capacity to maintain a technological edge over potential rivals to offset the smaller size of its military,” he said.

“The proliferation of increasingly autonomous weapon systems would threaten this edge. Their use would also accelerate the tempo of military operations to a point that militaries attempting to operate without integrating AI and autonomous systems would be at a significant disadvantage.”

The Disruptive Impact of Lethal Autonomous Weapons Systems Diffusion: Modern Melians and the Dawn of Robotic Warriors is now available.