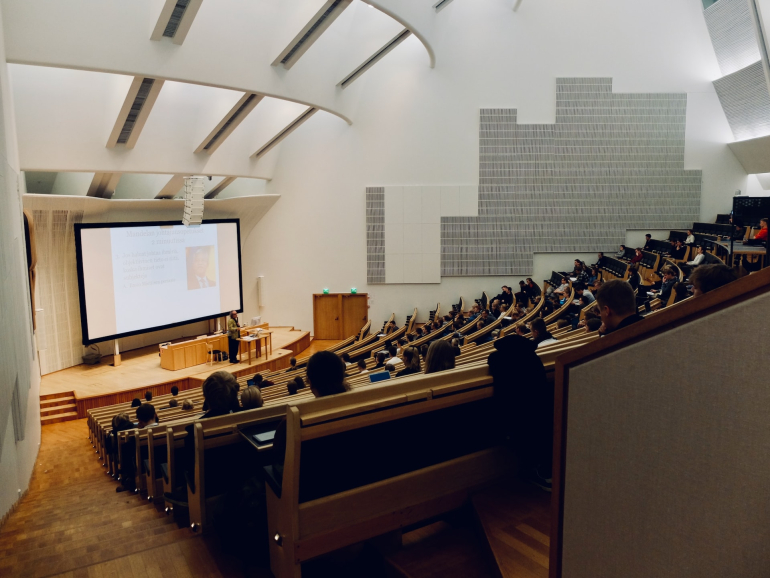 We (the authors, Deane-Peter Baker and David Whetham) are applied military ethicists. We have focused our careers on research and education aimed at helping military personnel make ethically sound judgments and choices both in circumstances of armed conflict and in garrison contexts, at home and abroad.

Why Is Military Ethics Important?

Military ethics will always be closely aligned with, and heavily informed by, legal structures such as the Law of Armed Conflict and International Humanitarian Law. According to both the Geneva Conventions and their Additional Protocols, every professional military around the world is mandated to ensure that the Law of Armed Conflict is taught each year to all serving military personnel, both in peacetime and in wartime. However, military ethics is bigger than simply asking whether something is legal or not.

Contemporary conflict raises a whole host of ethical issues and concerns. Peacekeeping or humanitarian relief operations pose very different types of challenges to those found in “traditional” high-intensity, state-on-state warfare, while counter-insurgency, cyber conflict, and even space wars introduce a whole raft of ethical and legal dilemmas that need to be considered. A lack of preparation in this area can mean that the risk of psychological harm might be even greater than the physical harms we expose our military personnel to. Given the distressingly high rates of veteran suicide, this is something that absolutely needs to be taken seriously.

Military decision-making requires the ability to answer questions such as ‘Would such an action be lawful in this situation?’ but it also needs people who will also ask ‘Is this legal course of action the right thing to do?’ If the most appropriate and desirable outcome is to be achieved, decision-making will be informed by both ethical and legal considerations.

What Does Military Ethics Cover?

It is often useful to divide the broad topic of military ethics into separate (but overlapping) areas. The Individual in the Profession focuses on the military virtues and standards expected of professional military personnel, such as courage, integrity, and loyalty, and how they might be applied appropriately in specific situations. The Profession at Work is concerned with the rules and principles that guide and govern the work of military personnel at all levels of responsibility. This ranges from understanding issues relating to defense planning, through to when and against whom it is appropriate to use force, all the way up to understanding the actual decision, at the level of governments and states, to use military force. The Profession and Society is about understanding the relationship between the state and its servants, and how the military fits into this relationship. It explores the responsibilities and duties on both sides, how wider social values relate to the military institution, and sets the limits on military obedience and what it should do as a profession if tasked in inappropriate or illegitimate ways.

In short—yes. We know that even short courses in military ethics, delivered in the right way, by the right people, using the right material and methods of delivery, can have very real results on the behaviour of personnel deployed on operations. For example, between December 11, 2007, and January 30, 2008, a training package based on movie vignettes and leader-led discussions, was delivered to a U.S. Infantry Brigade seven to eight months into a 15-month high-intensity combat deployment in Iraq. Reports of unethical behaviour and attitudes in this group were compared with a randomly selected sample from the same brigade, pre-training. The ethics intervention, limited though it was, was associated with significantly lower rates of unethical conduct and a greater willingness by soldiers to report and address misconduct than in those before training or for those that did not receive it.

A Curricula for Professional Military Education

Over the decades we have both been working in this area, one pernicious factor has raised its head time and time again: ad hockery in military continuing professional development (CPD). While our experience of this problem has been primarily in the context of military ethics education, we have had enough engagement with other areas to know that this factor is widespread in military CPD. It is not that military ethics is not being taught, or even that some individual units or courses do not sometimes teach it well, but rather that it is not being taught consistently or as well as it could be, which, given what is at stake, is a serious issue.

We believe this ad hockery to be pernicious for several reasons. First, ad hoc arrangements (often generated at the unit level) mean that military professionals are often denied the opportunity to learn from the leading thinkers on the topics in question. Instead, members of unit staffs tasked to run CPD rely on personal contacts or an internet search to identify guest speakers who may or may not have the appropriate expertise and whose hastily assembled PowerPoint slides may or may not reflect current best practices.

Second, ad hockery denies the military the critical enabler that is reflected in consistency of concepts and terminology. This is vital in military ethics; the ability of military professionals to have a shared language to communicate about ethics across ranks, specialisations, units, and services is among the most important capabilities, one which is, in our experience, largely missing in the forces we seek to serve (we expect the same can be said for other areas of CPD).

Third, the jumble of CPD offerings that most military professionals encounter over their careers presents little to no meaningful opportunity to build further on what they have learned. If they are lucky, a speaker or short course might point them to books worth reading, but that’s usually the end of it. And there is every chance that the next time they encounter teaching on military ethics, what they hear will confuse or undermine their understanding of the topic.

Fourth, most CPD is aimed at the officer corps. While this is important and will remain so, recent ethical failures by uniformed members of AUKUS forces have largely been the result of decisions and actions by non-commissioned members (‘other ranks’, in Australian parlance). The traditional “talk at the officers’/sergeants’ mess” model of CPD cannot effectively be scaled to address the whole force, but addressing the whole force is vital.

For these and other reasons, we have long sought opportunities to build coherent and consistent curricula for military ethics CPD. The value of this kind of offering across a national military force is considerable. Delivered across the forces of close allies like those that make up AUKUS, this positive impact would unquestionably be compounded.

The King’s Centre for Military Ethics (KCME) was established in 2015 to try to meet the demand for quality military ethics education materials and to innovate ways of delivering that education to as many people as possible. From the start, KCME has been highly collaborative and has worked closely with partners, particularly colleagues within the PLuS Alliance. Somewhat ironically, this collaboration has (arguably) had its greatest impact outside of Australia, the United Kingdom, and the United States. To assist the Colombian military in reforming their military profession as they transition to post-conflict military thinking and structures, King’s and the University of New South Wales (UNSW) created and delivered a fully integrated 18-part military ethics curriculum in Spanish with teaching guides and pre-classroom materials. There is also an associated textbook, Key Concepts in Military Ethics, and plans to produce a follow-on volume drawing in expertise from across the PLuS Alliance and other institutions. Nearly 10,000 Colombian officers have now completed this curriculum, and the Colombian Army’s Training and Doctrine Command has endorsed expanding delivery of the package across the entire Colombian Army. The English-language version of this same course was employed by the UK Joint Services Command and Staff College during COVID-19, is integrated into the Australian Army Command and Staff Course (Reserve), and is used widely by the Special Operations community.

The model we propose here draws on our experience of delivering education in military ethics. However, we believe that the same model, or something very similar, could be employed for personal professional development across a wide range of topics.

Having a remote package of materials that have been developed by and approved across the AUKUS community and which can be delivered free at the point of use would provide a much-needed consistent baseline for all three countries and would signal to a wider global audience what professional behaviour looks like. A scaffolded learning model could then be applied, confident in the knowledge that this foundation has already been completed.

In our proposed model, JPME 1 would be a free-to-access set of modules built by drawing on the expertise of the leading international researchers and educators in applied military ethics (many of whom are members of the PLuS Alliance institutions). Each of the subsequent stages would be linked to learning credits accepted by each of the PLuS Alliance members. While military structures might choose to make completion of particular levels of this CPD curriculum mandatory at various levels, we do not envisage there being barriers to entry for those wishing to progress along the continuum. A private soldier (say) who develops an enthusiasm for learning about military ethics, should be given every opportunity to do so.

Our combined experience, particularly in developing the materials that became the military ethics curriculum for the Colombian military, has shaped our thinking about what works—and what does not—for online delivery of CPD. There are few things more demotivating than the phrase ‘mandatory training’! Overcoming this instinctive antipathy in order to open the doors to learning and meaningful professional development requires the delivery of a highly engaging, superior product. For example, while the materials that were used in the Colombian military ethics curriculum were created with a very limited budget, we have had consistently positive feedback about the course’s ‘History Channel’-style short videos that were shot on locations such as Falkland Islands battlefields. This is merely illustrative—the content for these courses must be developed and delivered in a manner that is engaging for soldiers, sailors, and aviators whose experience of education and learning has been shaped by platforms like YouTube and TikTok.

Ultimately, a full range of qualifications in military ethics could be developed and offered to anyone who wished to pursue this. However, the key strength of this proposal is not for the very small number of personnel who might choose to take a postgraduate qualification in Military Ethics, but rather for the thousands of military personnel within the AUKUS alliance who would be able to receive a consistent and high-quality foundational exposure to the essential norms of the military profession, thereby further enhancing the ability of the armed forces of Australia, the United Kingdom, and the United States to uphold and display the core values that unite us.

Prof. David Whetham is Director of the King’s College London Centre for Military Ethics, and is based at the UK Defence Academy. He is a Professorial Fellow at UNSW Canberra.

Dr. Deane-Peter Baker is an Associate Professor of International and Political Studies in the School of Humanities and Social Science at UNSW Canberra. He is also a Senior Visiting Research Fellow in the King’s College London Centre for Military Ethics.

This article is republished from Security & Defence PLuS under a Creative Commons license. Read the original article.