SECURITY & DEFENCE PLUS: The strategic interplay between AUKUS, the NPT, and the rules-based international order 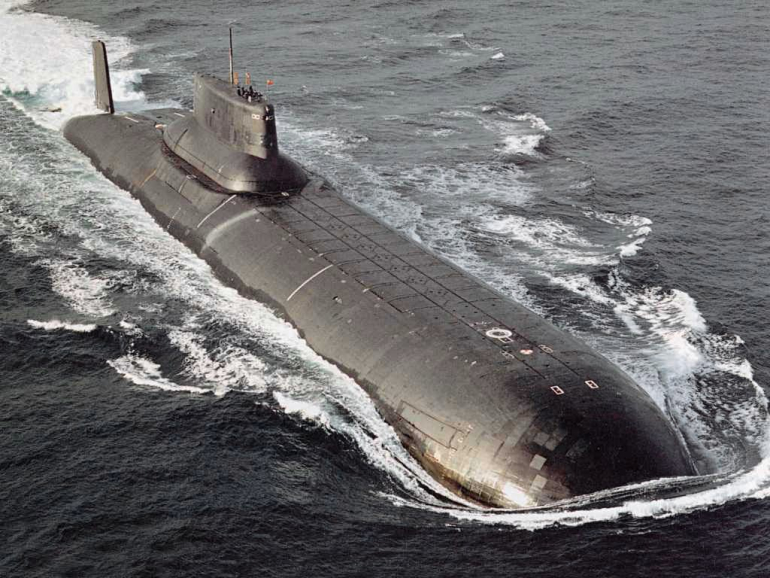 This commentary focuses on the first dimension of AUKUS: the plan for Australia to acquire nuclear-powered submarines in cooperation with the United States and United Kingdom. The legal dimension of this policy has often been discussed separately from the policy wisdom of such a move. If Australia is to champion the rules-based international order, including in relation to the South China Sea, Australian interests will be best served by our integrating strategic considerations relating to defence and foreign policy with those relating to support for international “rules” and law.

Australia’s standing on the international stage has been enhanced by its staunch support for international law. States are not obliged to always make rhetorical reference to international law or the RBIO when their national interests are at stake, but if they choose to do so, one of the worst things they can do from a systemic perspective, is to expose the ideal as untrue and the promise of international law as hollow. This is most often done through blatant hypocrisy and, unfortunately for the United States and its closest allies, that hypocrisy is likely to be most damaging when it is the ardent champions of the RBIO whose behavior appears hypocritical.

The language of RBIO is, therefore, helpful in pointing to the centrality of rules to the international order, but has arguably been unhelpful by equating those rules too closely with U.S. dominance.

The NPT and the IAEA safeguards system

The Treaty on the Non-Proliferation of Nuclear Weapons (NPT) is arguably one of the most important multilateral treaties, second only to the Charter of the United Nations. This is because it has—for the most part very successfully—managed the high-stakes global policy issue of who should be permitted to have nuclear weapons. No one could claim the solution it embodied—that those states that already possessed nuclear weapons on January 1, 1967, be permitted to keep them and those that had not yet developed them never be allowed to do so—was fair. On the other hand, its provisions and associated agreements went a long way toward ensuring that all countries could benefit from the use of nuclear energy for civilian purposes while prohibiting further development of nuclear weaponry.

Any developments that enable non-nuclear weapon states to acquire nuclear weapons while looking as if they are complying with the Treaty will inevitably weaken the credibility of this important regime. Most fundamentally, by Article III of the NPT, non-nuclear weapon states agree to safeguards, as negotiated with the International Atomic Energy Agency (IAEA), that ensure nuclear energy resources are not diverted to nuclear weapons or other nuclear explosive devices. States are also obligated, by paragraph two of Article III, to not supply any technology designed for the processing, use, or production of special fissionable material, or the material itself, to any other state.

The NPT regime has increasingly come under challenge from non-nuclear weapon states and civil society dissatisfied with what they perceive to be inadequate progress toward disarmament, as provided for in Article VI. A newer treaty, the Treaty of the Prohibition of Nuclear Weapons or the so-called Nuclear Ban Treaty, that would ban all countries from owning nuclear weapons, has also gained popularity. A world in which states dissatisfied with the geopolitical status quo could readily develop nuclear weapons would not be in the security interests of any state that is broadly satisfied with the post-World War II configuration of power relations. While an individual dissatisfied country might stand to benefit from developing nuclear weapons capabilities, it would be a huge gamble to allow all states to proceed along those lines.

AUKUS and the NPT

Each AUKUS state has obligations with respect to the NPT, although they are not the same, given that Australia is a non-nuclear weapon state and the United States and the United Kingdom are. Of particular relevance to the AUKUS plan is paragraph 14 of IAEA Information Circular 153, regarding the withdrawal of nuclear material from safeguards for use in certain non-explosive military uses. Prior to doing so, in order to use naval nuclear propulsion technology for example, a state must go through a specific process to ensure compliance with IAEA standards. The legal and technical issues that would need to be addressed by the IAEA before agreeing to any plan that would cover the AUKUS nuclear submarine project would be particularly complex.

IAEA Director General Rafael Grossi has established a special task force to investigate the “very specific arrangements” the IAEA would need to make with Australia. He is under no illusion that this would be easy to do. “Now we have to dot the Is and cross the Ts, which has never been done before, and it’s a very, very demanding process,” he said. Any agreement between the IAEA and Australia would set a precedent that would inevitably be invoked by others. Canada, South Korea, Iran, and Brazil have all considered nuclear-propelled submarines; notably, Iran cited AUKUS as precedent just last year.

Discussion of Australia developing nuclear-propulsion submarine capabilities has arguably made the work of the IAEA more challenging. Any agreement would need to be watertight to avoid being manipulated to permit the use of nuclear material to develop weaponry when invoked by other countries. It would be extremely unhelpful for the NPT if Australia were to appear to receive special treatment that the IAEA is not willing to extend to others.

Inserting ANZUS into the equation

The rules-based international order includes a whole network of alliances and formalized security arrangements. In terms of Australia’s own security, key here is ANZUS. By Article IV, each party recognizes that “an armed attack in the Pacific Area on any of the Parties (sic) would be dangerous to its own peace and safety and declares that it would act to meet the common danger in accordance with its constitutional processes.” This is far from a commitment on the part of the United States to come to the defence of Australia and contrasts with Article 5 of the North Atlantic Treaty, by which an attack on one is to be regarded as an attack on all.

According to Hugh White, emeritus professor of strategic studies at the Australian National University, nuclear-propelled submarines may be the best option for enhancing interoperability with the U.S. Navy in the South China Sea but are unlikely to be the best submarine option for defending Australia—particularly over the next two decades.

If White is correct and Australia is unable to achieve both, defending one’s own country would seem to be a first-order priority. To do otherwise would be refusing to take full responsibility for one’s own security and to rely fully on the United States despite its not being fully obligated to guarantee that security. If Australia is to assume such ongoing vulnerability, the United States should, at a minimum, upgrade Article IV of ANZUS to more closely align with Article 5 of the North Atlantic Treaty. Even this, however, may not be enough to save Australia should the United States face China in a showdown in East Asia.

National interests of other key players

Then-Prime Minister Boris Johnson was quite open in explaining that the United Kingdom’s attraction to the AUKUS submarine acquisition plan lay in the jobs that would be created and in the opportunity to update its own technological capacities through “one of the most complex and technically demanding projects in the world, lasting for decades and requiring the most advanced technology.

For the United States, the attraction of AUKUS would seem even more obvious. Unless it has undertaken to pay for the submarines, it would seem ideal to have an ally willingly spend their own funds on a capability for which it will otherwise be dependent on the United States and United Kingdom, at least for the foreseeable future.

This raises the New Zealand question. New Zealand is a member of ANZUS and party to the NPT but—unsurprisingly, given its stance in relation to nuclear-powered ships—was not included in the AUKUS submarine arrangements. The New Zealand-Australia relationship remains an important consideration in any assessment of AUKUS from an Australian perspective, however, not least because of their geographical proximity and because despite perhaps inevitable differences, the two remain close allies.

Jeopardizing global security for a possibility?

By virtue of the sheer technological and logistical complexity of the project, the long lead time, and the intensity of existing strategic competition in the region, it should not be taken for granted that the submarines will eventually materialize. On the other hand, pursuing the program poses a huge risk that despite their best efforts, Australia and the IAEA will be unable to prevent damage to the NPT regime. It could be potentially catastrophic for the regime and hence for global nuclear security were another state to mimic Australia and find a means of diverting material for nuclear weaponry, a point that has recently been made by Indonesia and China. This would constitute an indirect threat to Australia, and be a potential disaster for the world at large. It is paramount that in pursuing national security, Australia not inadvertently undermine the global security provided by the NPT regime or undermine the very international order the AUKUS partners are seeking to uphold.

This article is republished from Security & Defence PLuS under a Creative Commons license. Read the original article.