Something fishy: what performance analysis in professional sport has learnt from schools of fish 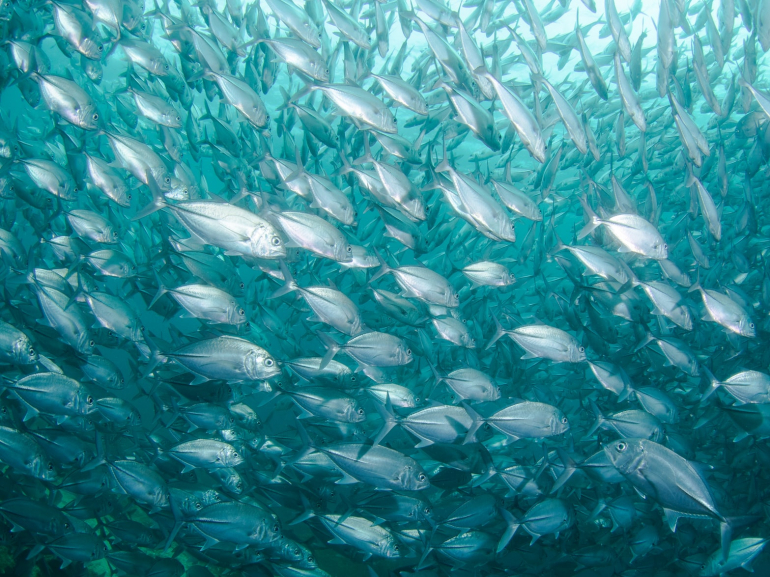 What does a world champion netball team have in common with a school of fish? More than you’d think according to one UNSW Canberra researcher.

At first glance, it doesn’t seem like there’s much connection between a school of fish and the Australian Diamonds. One is the world number one netball team and the other is, well a school of fish. But for UNSW researcher Dr Sadjad Soltanzadeh, there is plenty of common ground.

Dr Soltanzadeh was drawn into the world of netball when he moved into a house with another PhD student by the name of Mitchell Mooney in 2012. The two shared a common interest in sport and when Dr Mooney began working as the performance analyst for the Diamonds, their post-dinner conversations turned to netball and his ideas around systems thinking.

Greater than the sum of its parts

This is where the fish come in. As Dr Soltanzadeh explains, it’s all about looking at the team as a whole rather than a group of individuals.

“You can think about a school of fish swimming together as an example,” he says.

“The whole school has some features which cannot be understood by looking at each individual fish.

“The same goes for sports teams – there are patterns of behaviour that you can look at when you analyse the performance of a whole team that is not reducible to what an individual player does. It’s a holistic concept.”

Although Drs Soltanzadeh and Mooney no longer share a house, they have continued to collaborate on research and look at the way systems thinking can be applied in a sporting context. With the approach proving highly successful for the Diamonds at the 2014 Commonwealth Games and 2015 Netball World Cup, where they came away with gold medals on both occasions, the two have been working on ways of progressing their research.

The latest phase has them examining the role of autonomy in a team situation.

“There are several studies which have shown the benefits of supporting player autonomy,” Dr Soltanzadeh says.

“But before we support and promote autonomy, we need to think about how an autonomous behaviour can be evaluated. Because by supporting autonomy we do not want to support random behaviour, which can be detrimental to the team performance or even the culture of the whole sport.”

The question of autonomous behaviour has come to the fore in other sports recently, particularly with regards to the Australian cricket team and the incident that has come to be known as ‘Sandpaper-gate’.

“Those kind of incidents all involve some kind of conflict between different objectives – you want to promote your values, but you also want to win,” Dr Soltanzadeh says.

“And then the question is – what should we do and what should we not do? And it’s not always as simple as ‘Okay, well don’t cheat.’ There are lots of really complex cases. So, we linked supporting autonomy to this question and we provided some framework around how to evaluate the autonomous behaviour of players.”

In his role at UNSW, Dr Soltanzadeh is a Research Associate in the School of Engineering and Information Technology at UNSW Canberra. He chuckles when asked how this connects to his research in sport.

“Well in my mind they’re connected,” he says.

Although this research is currently a hobby for Dr Soltanzadeh, he sees many avenues for exploring it further and in different contexts.

“The issue of team selection is translatable to recruitment in other industries as well,” he says.

“We can look at academia as an example – we often hire people by looking at their resume – but is this always a good indicator of how they can fit in an institution? This question to me is very similar to the question of team selection in sport.”

The possibilities of where this research and its applications could progress to are endless, and it’s fascinating to think that it can all be linked back to a school of fish.

This story was originally published on the UNSW website.