Taking artificial intelligence out of the cloud and up into space 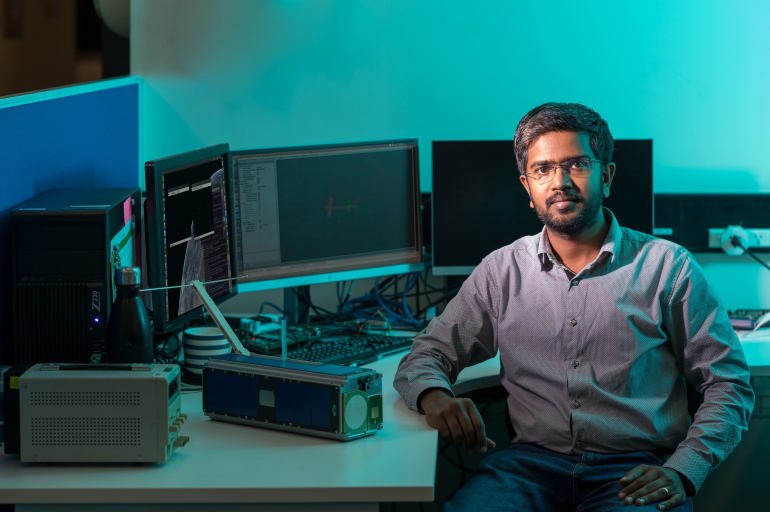 The knowledge of UNSW Canberra’s M2 mission continues to expand thanks to recent small-scale artificial intelligence experiments performed ‘at the edge’ in space.

Traditionally, AI operations are normally deployed in the cloud, as cloud-based systems are usually able to handle the massive amounts of data and computing resources that AI algorithms crunch through.

With AI at the edge, data crunching and AI-driven decisions can occur locally on the actual device – such as the M2 satellite.

UNSW Canberra Space Software Engineer Deepak Rajamohan said the main focus on M2 has been on building space related skillsets within the university team that can be flowed through to educate Australia’s future space workforce; this has allowed multiple opportunities for AI experimentation and edge technology advancement.

“One of the key points of performing  AI at the edge is being able to localise the data we need, process that data in near real-time and then download just the useful results to the ground,”   Mr Rajamohan said.

“What this means for the M2 missions is that if we perform AI experiments on the spacecraft while it’s in space, then the team will be able to make time-critical decisions.”

M2 is the third mission under a research agreement between the Royal Australian Air Force and UNSW Canberra Space.

Launched in March this year, the dual satellites are made up of two 6U cubesats that are already demonstrating a broad range of space technology development to ramp up Australia’s domestic space expertise.

Mr  Rajamohan said M2 is equipped with powerful new processing and communication capabilities, harnessing the potential of groundbreaking software and hardware developed by UNSW Canberra space to promote AI at the edge.

“If using AI at the edge for maritime surveillance from space, for example, then the location and potentially identity of each ship can be sent directly to the user on the ground, instead of downloading every single image that is captured from space to ground control for later processing. This would have a significant beneficial impact on resources,”  Mr Rajamohan said.

“There are no other teams in Australia that have achieved this type of AI capability in space.

“While we know of other teams that are working on similar experiments, our team has demonstrated it first.”

Mr Rajamohan is responsible for multiple subsystems, including the on-board GPU and Star Tracker. He also contributes to some of the attitude control of the spacecraft, which relates to the orientation of the satellite in space.

Mr Rajamohan began work in the space sector after honing his skills in the aerospace industry as a software developer.

“I had around eight years of software engineering experience before I came to Australia as a PhD student in 2016, where I am still pursuing my PhD at UNSW Canberra,” he said.

Juggling a PhD, the M2 mission and a busy family life is part of Mr Rajamohan’s challenging but rewarding daily life.

“I started my PhD in drone navigation using cameras, which is a slightly different topic to what I am doing now. That was my initial interest,” he said.

“But after three and a half years, I got the opportunity to work in the M2 Satellite mission team and I took this up. A lot of the skills that I developed over the years were very relevant to this role with space.”

Mr Rajamohan said UNSW Canberra Space has been incredibly supportive and a great place to apply existing knowledge, while growing professional skills in a new sector.

He was a key driving force behind the development of the Star Tracker software onboard M2, which was developed entirely in-house.

“The Star Tracker software uses an onboard camera to capture the night sky in space, and then it estimates the attitude of the spacecraft from the location of the stars in each image,” Mr Rajamohan said.

“So, the software can accurately tell us which way the spacecraft is pointing which is crucial for accurate pointing of optical instruments on-board.” 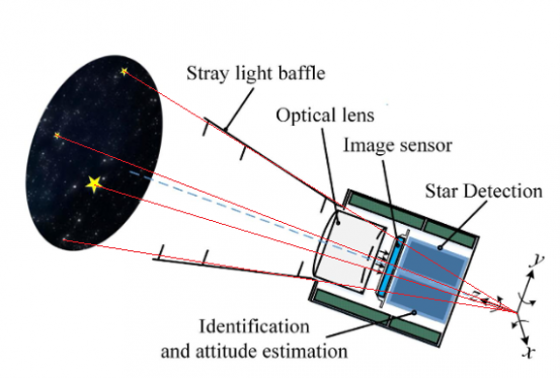 Mr Rajamohan said the team was looking forward to demonstrating more capabilities with the technology developed for the M2 Mission – especially with AI.

The dual M2 satellites are scheduled for separation in the near term, when the team will be tested again with the challenges of satellite formation flying – another major milestone for Australia.