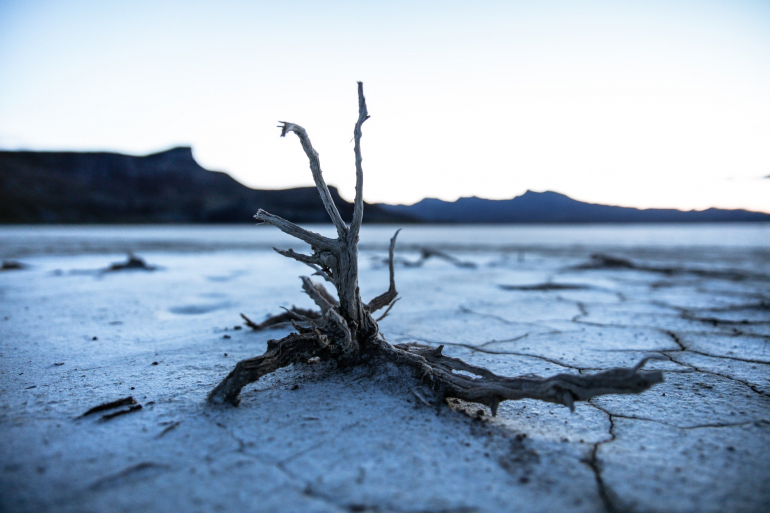 The expert advice of Professor Anthony Burke and Professor Shirley Scott from the School of Humanities and Social Sciences (HASS), Dr Stuart Pearson previously of the School of Physical, Environmental and Mathematical Sciences (PEMS), and HASS PhD graduate Dr Michael Thomas informed 11 recommendations from the committee to the Commonwealth Government.

Australia does not have a climate security strategy; however previous strategies, including the 2011 National Strategy for Disaster Resilience and the 2016 Defence White Paper have addressed the implications of climate change.

Dr Thomas, now a Senior Fellow at the Centre for Climate and Security, was referenced several times in the report and emphasised the importance of considering climate change in military planning.

He explained that climate security was “a big enough issue to warrant someone who’s the voice on behalf of the Australian Defence Force that can act, both in a national domestic sense but also in a regional international sense, and speak with authority on the issues”.

He advised that Defence “can’t act in isolation about islanding their bases from this; they need to work with local communities, local councils, the local authorities – electricity, water and all the utilities that enable Defence to mobilise in times of need.”

Professor Scott and Professor Burke described climate change as a “threat multiplier” that compounded existing threats in the region.

This finding was backed up by UNSW’s Kaldor Centre for International Refugee Law, which recognised that the effects of climate change “do not cause displacement on their own, but rather interact with other economic, social, and political drivers that themselves affect migration, like impoverishment, environment degradation, resource scarcity, lack of livelihood opportunities and so on”.

Professor Scott indicated Australia should promote international consideration of climate security issues to support its application to the United Nations (UN) Security Council as a non-permanent member in 2029-30.

Professor Burke and Professor Scott explained how Australia could strengthen diplomatic ties with Pacific Island countries: “The competition for strategic influence that is under way in the South Pacific is a significant national security concern that can be met through active partnership with the region in addressing the threat and effects of climate change.”

The Foreign Affairs, Defence and Trade References Committee concluded that it was a useful inquiry into the ability of Commonwealth agencies to respond to climate change in the area of national security.

It noted that climate change was exacerbating threats and risks to Australia’s national security and recommended a whole of government approach to responding to climate risks at the Commonwealth level.