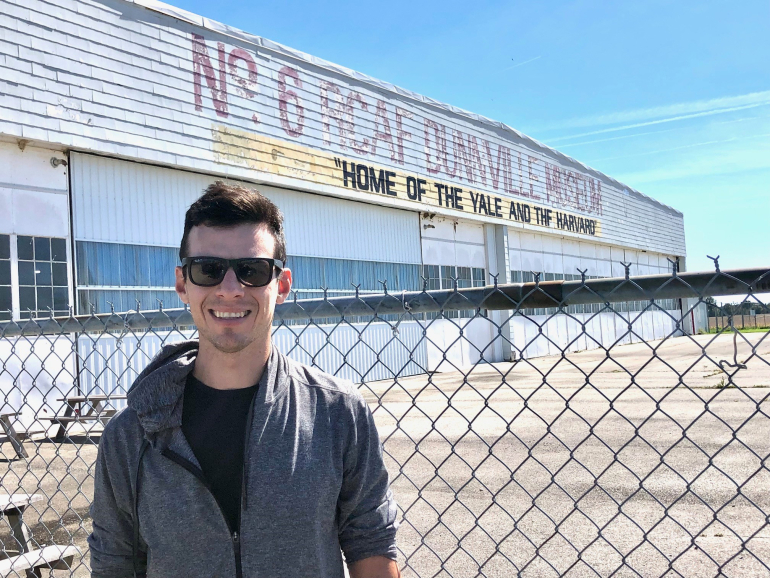 Strong to Serve follows the life and frontline wartime career of Fred, detailing his dedication and bravery across contributions, including Operation Market-Garden and the Battle of Bulge.

While telling the personal tale of Fred, the book honours the untold contributions of the 130 Squadron Royal Air Force, a Spitfire squadron with pilots from Australia and the Commonwealth that have previously been overlooked until now.

SQNLDR Mack has always had an interest in military aviation and the Second World War, and after meeting Fred in 2018, realised his incredible feats should be documented.

“Fred was a very likeable person who made time for everyone, particularly his family and close friends. He had a great sense of humour which made many of his wartime recollections very entertaining,” SQNLDR Mack said.

“When discussing setbacks, tough combat operations or the loss of colleagues, Fred’s manner would instantly transform into a more serious, matter-of-fact tone. Fred would then just as quickly snap back to a laugh when the discussion moved to the next topic.”

Fred was one of the last Australian veterans of D-Day before he passed away at 103 in early April this year. SQNLDR Mack was fortunate enough to see Strong to Serve published and in the hands of Fred in the weeks before he passed.

“It is my hope that those who read the book will feel as though they are listening to Fred tell his remarkable stories in person and be inspired like I was when I had the privilege to hear them from Fred directly,” he said.

While Strong to Serve is now published, it may not be SQNLDR Mack’s final book.

Having completed a Bachelor of Arts in History and Politics in 2007 and Master of War Studies in 2020 at UNSW Canberra, SQNLDR Mack found his niche in the topic of Royal Australian Air Force aircrew attached to units of the United States Army Air Force (USAAF) between 1942 to 1945.

“It is my hope to find time to apply the research and findings of my postgraduate research project into a book in the future,” he said.

“The story of Australian aircrew attached to units of the USAAF needs to be told.”

Strong to Serve by Joseph Mack is now available for purchase. 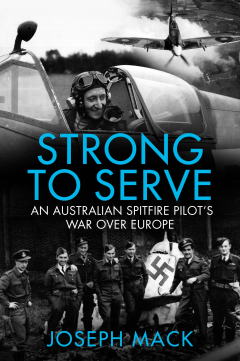