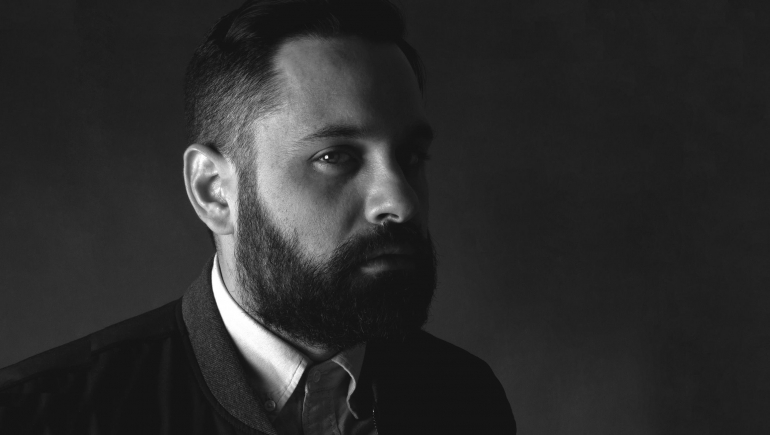 UNSW Canberra and the ACT Writers Centre are excited to welcome Peter Polites as this year’s Writer-in-Residence.

Mr Polites is a writer of Greek descent from Western Sydney who has written and performed pieces all over Australia. His novels include The Pillars and Down the Hume.

He will spend his time in Canberra working on a new novel, as well as delivering a public lecture – ‘Finding myself in the Special Collections and imagination as a political philosophy’.

“I haven't worked in a space with such resources on hand,” Mr Polites said.

“Because the fiction that I will create will be exploring the Greek Civil War and the history of engineering, particularly hydroelectricity, the UNSW Canberra campus will be perfect.

“I also can’t wait to get access to the letters and correspondence of queer writers such as Dorothy Porter. Being someone that is jealous of poets, I'm particularly interested in gleaning tips and tricks from her.”

Launched in 2017, the ACT Writer-in-Residence program provides writers with access to UNSW Canberra facilities. Each writer is encouraged to engage with students and researchers on campus, and reach out to the broader community through the ACT Writers Centre.

Since the first appointment of a Professor of English to the Royal Military College, Duntroon in 1913, literary studies have formed a key part of the scholarly training offered to trainee officers in the Australian Defence Force.

“Mr Polites will work with undergraduates in our English and Media Studies major, talking to them about his own writing practice as well as helping them explore writing performance text, which for many of our students will be a new experience,” Professor Moore said.

“We look forward to hearing from Mr Polites about his current projects, drawing on his experience in performing pieces as well as writing them.”

Mr Polites said he is looking forward to working on his manuscript for a prolonged period and immersing himself in the research and language of the piece.

“What excites me is the possibilities – I anticipate going to an unfamiliar environment, having access to resources and archives to follow the nooks and crevices of all the different ideas that pop up,” he said.

“I’m still not settled on a form or voice for my third book, but I know the world and stories I want to represent; the execution will be dependent on my stay there. Hopefully I’ll develop as a prose writer, researcher and poet.”

The ACT Writer-in-Residence placement will begin in March 2021.