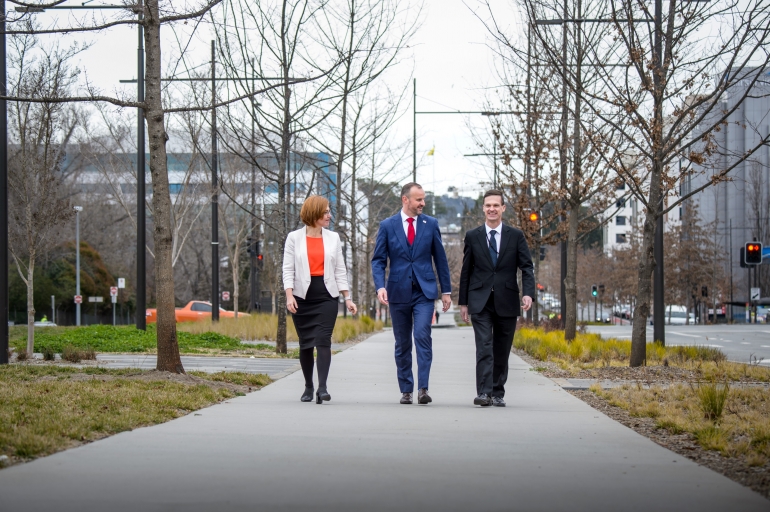 A Memorandum of Understanding has been signed with the ACT Government, bringing the University of New South Wales Canberra (UNSW Canberra) city campus one step closer to fruition.

The MOU will see the government and UNSW continue to work together on feasibility studies and it sets out the framework for each party to develop a business case for the proposed campus.

“While no firm decisions have been made, a city-centre development would not only expand UNSW Canberra’s academic offerings and research capabilities, but it would be an asset for the wider Canberra community,” Professor Frater said.

“A new campus would strengthen the ACT’s reputation as a knowledge capital, deliver economic benefits to the region and address the territory’s critical need areas with further education.

“A second Group of Eight university that is internationally recognised would strengthen Canberra’s brand as an education destination and put the nation’s capital on par with Sydney and Melbourne.”

The business cases would allow the university to put forward a formal proposal for the academic precinct to be built in Reid and Parkes.

UNSW enrols about 3200 students in undergraduate and postgraduate degrees at its current Canberra campus at the Australian Defence Force Academy.

The new campus would complement the university’s existing 50-year relationship with Defence at the Australian Defence Force Academy (ADFA).

The MOU sets out a timeline for the business cases to be finalised by the end of March, 2018.

Both UNSW and the ACT Government are committed to engaging with the community throughout the process.