UNSW Canberra climate scientist to contribute to next IPCC report 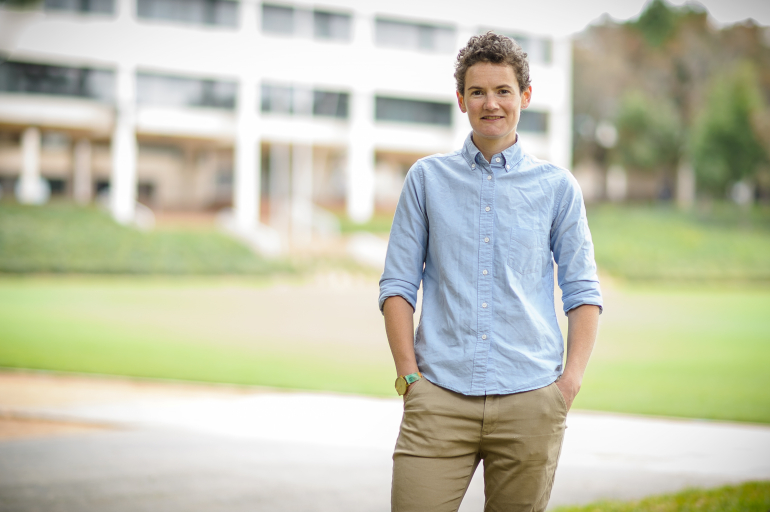 A UNSW Canberra scientist will contribute to the report that serves as the internationally accepted framework for climate change action.

Dr Sophie Lewis is one of 721 climate scientists from 90 countries who will produce the Sixth Assessment Report by the Intergovernmental Panel on Climate Change (IPCC).

The announcement comes as the nation’s capital swelters through a record-breaking extended summer.

The IPCC reports inform policy makers, international climate negotiators and other stakeholders about the latest knowledge on all aspects of climate change.

“These reports are really important for connecting science with the governmental policy space,” Dr Lewis says.

The data is used to establish international agreements on tackling climate change, such as the Paris Agreement.

Dr Lewis was selected alongside 36 other Australian scientists, including three of her UNSW Sydney colleagues, and she will contribute to a chapter entitled Weather and climate extreme events in a changing climate.

“My current work is looking at the causes of recent extremes and methods that are really quite new in the scientific community,” Dr Lewis said.

“It’s only been in the last 10 years that we’ve been able to scientifically investigate what is causing extremes. Often, in Australia particularly, we have a heatwave, or a bushfire, and people come out and say ‘well we can never link climate change to extremes’ – that’s just not the case anymore, that’s really old information.”

Dr Lewis says climate change is not only contributing to 40-degree-plus days or extreme climate events, but uncharacteristically warm weather, such as Canberra’s extended summer.

“These record hot days and months over the last few years are really being exacerbated because of climate change,” Dr Lewis said.

“In Canberra it’s been slightly milder than NSW, Victoria and South Australia, but we’ve had a record run of days above 28 degrees and days above 29 degrees.”

According to the Bureau of Meteorology, the mean temperature for the first 12 days of April was 28.8 degrees. The long-term April average is just 20 degrees.

“Most Canberrans would be used to getting some warm clothes out by now and trying to hold off turning on the heater, but instead people are out in shorts and t-shirts,” Dr Lewis said.

“While it can seem really lovely to have an extended summer, it really does have some consequences for agriculture and for our native plants and animals.”

UNSW Canberra has a history of contributing to the IPCC report. Emeritus Professor Roger McLean was an author of the Fifth Assessment Report in 2013. He wrote about climate change and small islands.

The Sixth Assessment Report will be released in 2021.

"The Sixth Assessment Report will update our knowledge on climate change, its impacts and risks, and possible response options, and play an important role in implementing the Paris Agreement," IPCC Chair Hoesung Lee says.

"These author teams, drawn from the hundreds of excellent nominations the IPCC was fortunate to receive, provide us with the necessary expertise across a range of disciplines to conduct the assessment. I am gratified that we have also raised the proportion of women and scientists from developing countries involved in our work."

Click here for more information on the IPCC Sixth Assessment Report and the full list of authors.