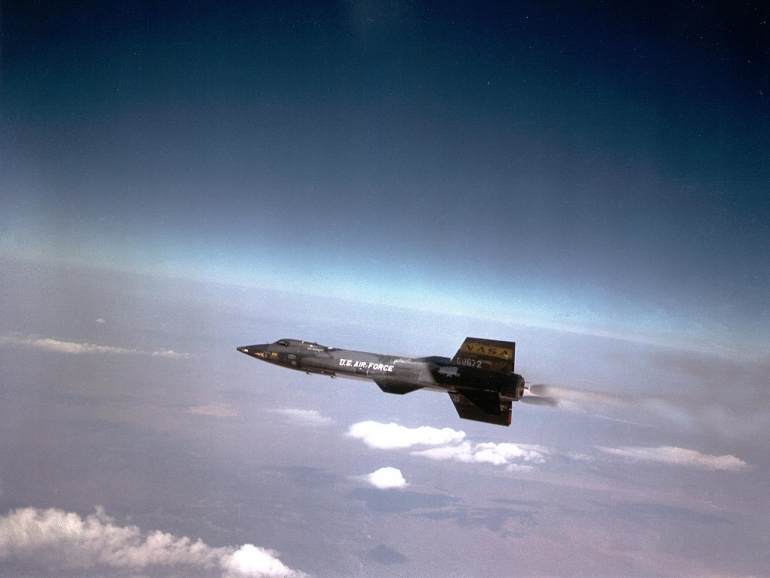 Hypersonic technology could soon make a 90-minute trip from Paris to New York possible, but UNSW Canberra researchers have suggested that safety considerations must be further developed before hypersonic flight is commercialised.

Defined as travel five times faster than the speed of sound, hypersonics has already been readily adopted by defence, but many companies have been exploring the commercialisation of high-speed flight for global travel and space tourism.

UNSW Canberra PhD candidate Luke Pollock and his supervisor Dr Graham Wild have conducted an initial review of hypersonic accidents, with the aim of identifying common failure trends to help improve designs and guide the development of future legislation.

“The dynamics of hypersonic vehicles are incredibly complex and while there have been leaps and bounds in their development, rules and regulations surrounding their operation have yet to catch up,” Luke said.

While hypersonic flight sounds like a novel prospect, it has been in development for more than 70 years and it has a relatively high failure rate.

“The research Luke and I are doing as part of the Hypersonic Vehicles Group here at UNSW Canberra, is to investigate structural health monitoring system,” Dr Wild said.

“The first step, logically, was to look at previous hypersonic vehicles failures to know what should be monitored. This followed our earlier work looking at aircraft fatigue failures.”

One of the researchers’ challenges was the secrecy that surrounds the field’s current developments.

“Hypersonic vehicles in operation at the moment are really quite varied and unique due to their largely experimental status,” Luke said.

“The sensitive and classified nature of their operation also make them even more shrouded in mystery and we really don’t know what’s out there being worked on right now.

“Despite this, there have been some iconic vehicles in history including the X-15, which flew in the ’60s and still holds the record for the fastest crewed, powered flight. Neil Armstrong flew the X-15 seven times as a test pilot before being recruited by NASA.”

The review showed several of hypersonic accidents occurred with the development of the X-15 as the technology was still in its very early stages. 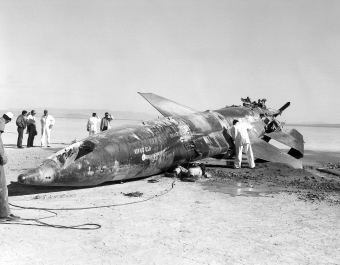 The number of accidents has dropped considerably since, mainly due to US funding into hypersonic research being redirected to the Apollo missions. However, Luke said this number would likely rise in the coming years along with a renewed interest in hypersonics.

The review found most accidents could be attributed to engine, structural and control failures, which was not an unexpected result. However, much could be gleaned from the lack of available data.

“We were able to quite clearly show that the lack of reporting and the current evaluation methods for aviation safety are not developed for hypersonic flight,” Luke said.

“If we have any desire to jump on a hypersonic vehicle or space launch system in the near future, some serious discussion must be made regarding the methods we use to ensure their safe operation.”

Dr Wild said steps could be taken to add to the available data.

“We are not suggesting that experimental aircraft design and testing should change; however, it would help if more information was shared about ‘failed’ attempts,” he said.

“This gives greater insights and awareness into failure modes.”

Luke said there is more of a market for hypersonic flight now than ever before, making access to accident data even more important.

While the supersonic Concorde attempted to capture the market when it was introduced in the 1970s, it was regarded as an expensive novelty, rather than a practical means of travel.

“The on-demand economy that has been built with services like Amazon Prime, as well as technological developments that have driven down the cost of high-speed flight, may very well mean we are coming to the point where hypersonic flight will become conventional,” Luke said.

“Hopefully, the inception of commercial hypersonic flight will be followed by a similar boom, one that is sorely needed by the aviation industry. It is my dream, like many others of those in my field, to be able to merge hypersonic flight with space travel and one day take off from an airfield on a spaceplane heading to some orbiting station or even another planet!”

‘An initial review of hypersonic vehicle accidents’ will be presented at the 19th Australian International Aerospace Congress, which will run from 29 November to 1 December.