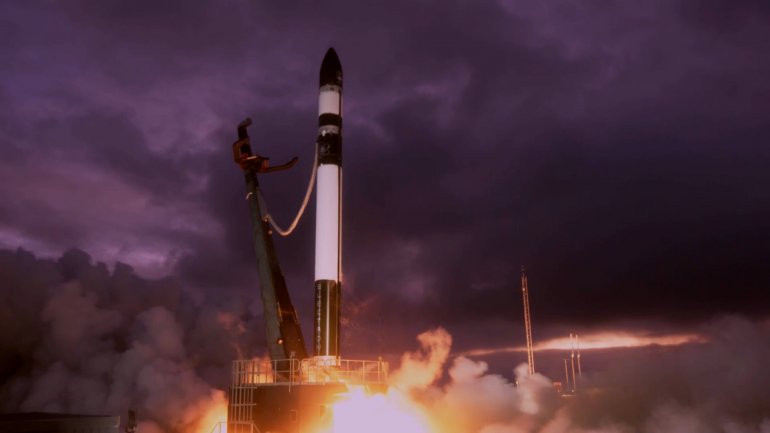 In another milestone for the local space industry, UNSW Canberra has launched the M2 Pathfinder satellite and is now successfully communicating with it.

M2 Pathfinder is a collaboration between UNSW Canberra Space researchers and engineers and the Royal Australian Air Force (RAAF). It is the second of four cube satellites to be flown in the program, and follows the launch of M1 in late 2018.

The launch took place on Rocket Lab’s “Don’t Stop Me Now” 12th mission from New Zealand’s Māhia Peninsula on June 13 2020. Successful communication with the satellite has been established via UNSW Canberra Space’s satellite ground station hosted by Cingulan Space, near Yass in NSW.

UNSW Canberra Space Director Professor Russell Boyce said M2 Pathfinder is an important mission for Canberra as it will test home grown communications architecture and other satellite technologies, which will assist in informing the future space capabilities of Australia.

“The know-how and expertise that has gone into the project cements the leadership position of UNSW Canberra Space in developing Australian intelligent space capabilities and boosting the national high tech skills pipeline,” Professor Boyce said.

“Space systems will be integral in solving the challenges our world will face in the future, for example assisting with resource management, secure communications, and data collection during extreme weather events.

“Australia has a role to play in solving these problems, both for our own economic security and as responsible global citizens. UNSW Canberra Space looks forward to leading the way, particularly in equipping Australian satellites with artificial intelligence to better meet user needs for rapid access to information,” Professor Boyce said.

“Our spacecraft development includes a rigorous approach to testing prior to launch. From severe space environmental simulations at The Australian National University National Space Test Facility, to exhaustive testing of all software and hardware combinations, we have put this satellite through its paces, and are looking forward to a successful mission,” Tomaschett said.

The space missions will also deliver research and educational outcomes for Defence and civilian students studying engineering at UNSW Canberra, forming an important part of building our space capability for the future.

“These CubeSats are the perfect example of how UNSW Canberra Space is using its skills and expertise to provide Australia with practical solutions,” Professor Frater said.