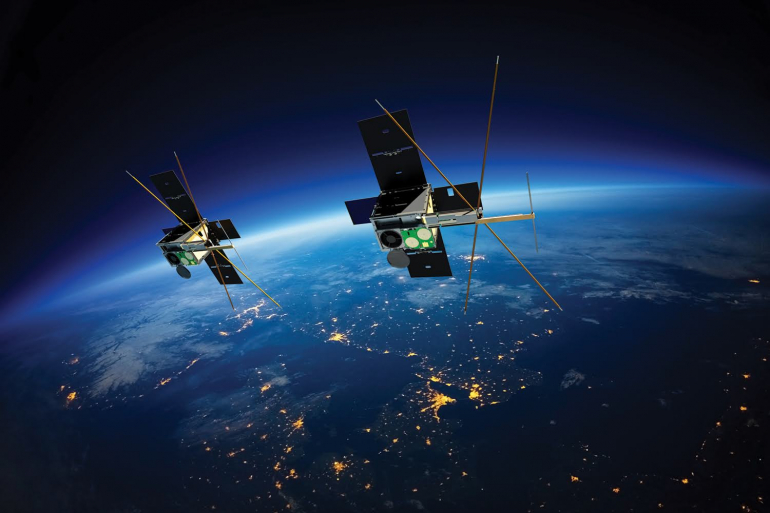 UNSW Canberra Space has been buoyed by an announcement today from the Department of Defence, who will begin construction on a Space Division headquarters within the Royal Australian Air Force (RAAF) in early 2022, marking a major step forward for Australia’s space sector.

The Australian government has committed to significantly increasing investment in Defence’s space capabilities by investing around $7 billion this decade to boost the country’s access to space, space services and geospatial information.

UNSW Canberra Space Director Professor Russell Boyce welcomed the move. He said a separate combined investment of $30 million by RAAF and UNSW into UNSW Canberra Space has grown unparalleled experience in space missions and technology development in Australia, that can only be realised by tackling the harsh challenges of space and improving, mission after mission – rather than solely reading about space from textbooks.

“This experience is a necessary foundation for the trusted technical advice that RAAF will need as it develops its space division, and it enables us to provide the perfect learning environment at ADFA, through learning by doing, for Defence’s future space workforce,” Professor Boyce said.

UNSW Canberra Space has one of the largest concentrations of space researchers in Australia, some 30 academic and professional staff with facilities to enable end-to-end space mission capability, including the Australian National Concurrent Design Facility.

UNSW Canberra Space is Australia’s most experienced capability for the development and deployment of miniature satellites (cubesats).

The announcement of funding from the Department of Defence comes as UNSW Canberra Space carefully operates its latest satellite space mission, M2, which was launched on March 23, 2021.

“These missions for RAAF have grown Defence’s capacity and capability for developing and operating space technologies to meet national needs, and lessons learnt feed directly into both our space education and our thought leadership activities,” Professor Boyce said.

“The team has now spawned three Canberra-based spin-off companies, has established a domestic supply chain of approximately 30 organisations to support the missions, and is a major contributor to the growth of the Australian space sector creating multiple jobs along the way.”

“As space becomes increasingly congested and contested, the Australian Defence Force’s prioritisation of and investment in space will ensure it remains accessible and secure for Australians. UNSW is delighted to see Air Vice-Marshal Cath Roberts’ appointment as the inaugural Head of Defence Space Division, and looks forward to continuing our support to ADF space education, missions and capability development under her leadership,” Vice Admiral (ret’d) Maddison said.

“We use space daily for understanding the weather, navigating, access to geospatial information and sharing information across Australia or across the world,” Air Marshal Hupfeld said.

“The government has committed to significantly increasing investment in Defence’s space capabilities by investing around $7 billion this decade to ensure our access to space, space services and geospatial information,” Air Marshal Hupfeld said.