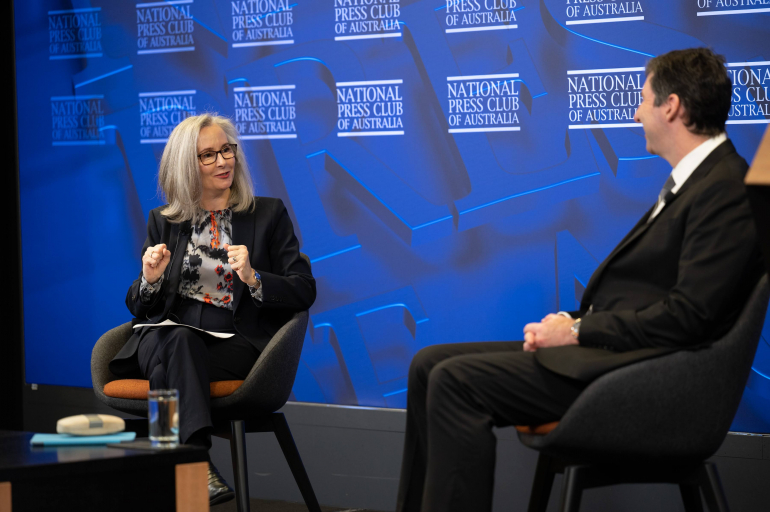 Ms Noble explained how Australia’s oldest intelligence agency has advanced during the past 75 years and how some of the challenges it faces today.

“25 per cent of cyber security incidents responded to by ASD last year were against our critical infrastructure – energy, water, telcos and health to name a few,” Ms Noble said.

“Some were state actors undertaking intelligence gathering, reconnaissance and pre-positioning malicious software most likely with a view to activate it at a time of their choosing to deny, degrade or disrupt critical services to Australians.

“They are also capable of moving laterally between networks – getting into the weakest and moving up into the strongest by using trusted network pathways to get there. Our goal is to defend our networks by pushing them off before harm is done and to undertake offensive cyber operations to deny them the benefits of their crime.” 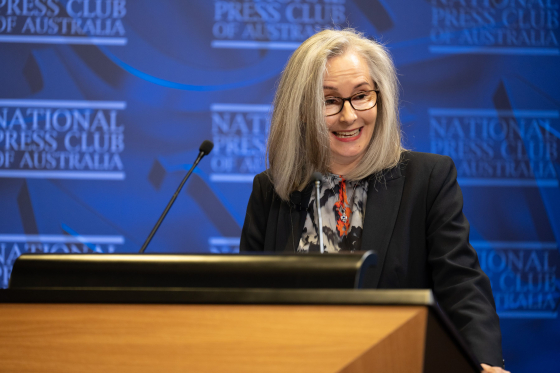 Rachel Noble presents her address at the National Press Club.

Ms Noble’s speech was followed by an interview with IFCYBER’s Director of Enterprise Nigel Phair.

They discussed the increasing need for professionals in the cyber security field and how organisations could work with universities to ensure students were ‘job ready’ upon graduation.

“We really want a partnership with the universities in helping those students be immediately employable at the end of their degree or throughout their degree,” Ms Noble said.

“We do have internships and cadetships and we love seeing uni students join us in summer and that helps them with their studies because they see how it might be applied in a real job.”

She also offered some advice to students thinking of working in cyber security, explaining that they were looking for people with a variety of skillsets.

“Having great people – great Australians with the right skills – in our private sector, in unis, in government, in law enforcement, in intelligence, in national security, in policy – that’s what we need,” Ms Noble said.

“It’s one big team that needs to operate together to create the strongest defensive shield we can muster around our country.” 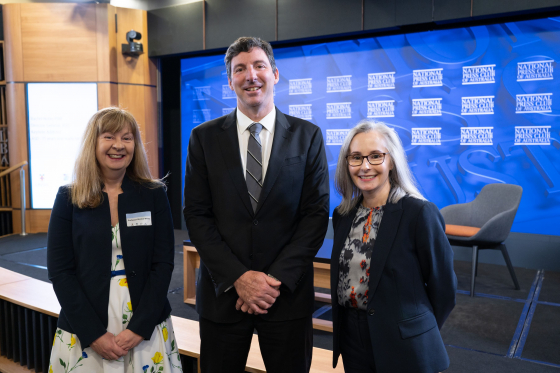 Mr Phair said UNSW was committed to training its students to face an unprecedented escalation of attacks aimed at individuals, businesses, and government.

“We know that espionage and foreign interference sit alongside terrorism as the principal threats to our way of lives and safety,” he said.

“Just how these threats have evolved throughout 2021, and how we are responding to them, is relevant to every Australian.”