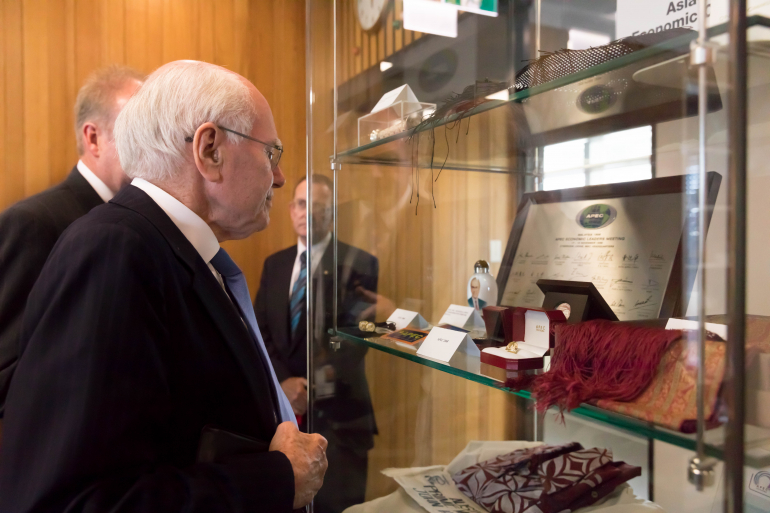 Those hoping to take a sneak peek of the Howard Library at Old Parliament House are in luck - it is opening its doors for a preview this month.

While the UNSW Canberra initiative is not yet officially open to the public, interim galleries will be on display on select days throughout the school holidays.

On show are a collection of historical artefacts, political memorabilia and official gifts from John Howard's time as Prime Minister of Australia between 1996-2007.

The interim galleries first opened on Tuesday, January 16, attracting the young and old.

For one visitor, the Howard Library brought back fond memories of her time as a ministerial liaison officer in Old Parliament House.

Steve and his daughter Abbie, from Taree, NSW, were impressed with what they saw and say the galleries were "awesome".

The Library's Director, Professor Tom Frame says the Howard Library will promote and advance the principles of public leadership through research and education.

"The Howard Library is apolitical and non-partisan, it is simply presenting material for others to study and assess," he says.

Mr Howard is said to be grateful to UNSW Canberra's Public Leadership Research Group for providing the public with an opportunity to view the interim galleries during the school holidays. He was pleased to hear the visitors enjoyed their visit and found the tour worthwhile.