Why Africa Matters to Australia 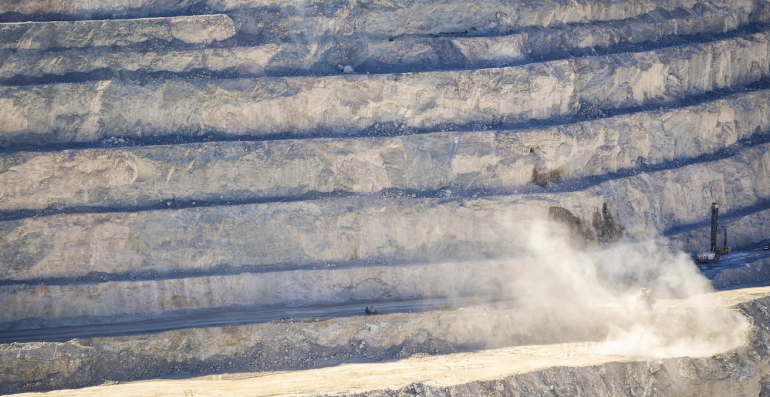 Africa’s growing population and economic potential mean it is set to have an increasingly significant role in global affairs. Australia needs to acquire the expertise and understanding that will allow it to forge stronger ties with Africa in order to benefit from the many opportunities the continent presents.

Historically, if a country were seeking to maximise its chances of getting onto the United Nations Security Council (UNSC), strengthening its relationship with Africa was one popular way of achieving this. With a quarter of the UN General Assembly vote, engagement with the continent’s 54 countries has often proven key to securing and carrying out a successful term on the UNSC.

It is, perhaps, not a matter of coincidence then that the first edition of the African Union Handbook, co-published by the African Union and New Zealand, was released just a year before New Zealand’s appointment to the UNSC in 2015. Indeed, it is interesting to note how New Zealand’s relationship with the continent has since developed, moving beyond an initial pragmatic concern to earn a UNSC seat. New Zealand has strengthened its economic ties with Africa by providing geo-thermal expertise to the continent’s nascent industry, which is predicted to be worth billions. It has also grown its dairy exports to the African market, which now make up 12 percent of New Zealand’s total dairy exports. The appointment of New Zealand military personnel to senior positions in UN missions to Mali and South Sudan also offers valuable peacekeeping and operational experience that the country can leverage later on to lead and support regional operations.

In contrast, despite the Australian government’s engagement with Africa through the provision of humanitarian aid to crises in the region (AU $41.45 million was given between 2017-2018) and development assistance (an estimated AU $25 million is to be provided for community development projects in 28 African countries between 2018-2019), Australia’s Africa strategy has largely been characterised by episodic engagement and geostrategic indeterminacy – that is, a lack of clarity as to what Australia’s long-term interests and strategic vision in the continent are.

As New Zealand has formalised its relationship with the continent through diplomatic accreditation to the African Union in 2018, Australia has allowed its relations to be tempered by aid cuts and a predominant focus on the Asia-Pacific. The Asia-Pacific region is obviously important to Australia’s national interests. However, at a time when geopolitical rivalries and competition to secure offshore resources intensify within Africa, it is important that Australia does not neglect its interests in this more geographically-distant part of the world. In Africa, Australia is now being shown up not just by New Zealand but also by other regional players. For example, one can consider Japan’s Africa engagement. Tokyo’s commitment of US $30 billion to the region in 2016 is accompanied by its plans in 2018 to expand the Japanese Self Defence Force’s base in Djibouti, following the country’s first overseas troop deployment as part of the UN’s South Sudan mission.

China, the focus of Australia’s regional attention and concern, has also been turning westward for decades now. The announcement of an additional US $82 million to be funded through the Belt and Road Initiative (BRI) speaks to Beijing’s longstanding efforts to tap into Africa’s massive economic potential, as well as the fact that Africa constitutes a key strategic node in the BRI. In 2017, China deployed more troops than any of the UNSC’s Permanent 5 members to Africa and contributed more than 10 percent of the peacekeeping budget to the continent. It is also now reportedly planning to double its training of African military professionals by 2021. Against the backdrop of the recent Forum on China-Africa Cooperation (FOCAC) summit, Australia’s strategic ambivalence towards Africa demands reconsideration. Ignoring Africa is no longer tenable.

Africa is expected to account for 25 percent of the world’s population by 2050 and 40 percent by 2100. It is set to become a colossal power, with rapid demographic growth likely to be accompanied by rapid economic growth. As the continent’s middle and upper classes expand, new markets for export and trade will continue to emerge. Even so, many African countries continue to face significant structural challenges to their security and development. Poverty and the adequate provision of critical public services such as education and healthcare persist as key challenges to the region’s governments. For those states that are fortunate enough to possess rich natural resource deposits, translating resource revenue into social development in the face of protracted internal conflicts remains a struggle. In Nigeria, ongoing violent clashes that have been smoldering for years between farmers and herders, largely the result of competition for resources, have effectively destabilised the country’s Middle Belt. According to the International Crisis Group, in January 2018 this ongoing conflict overtook the Boko Haram crisis as the deadliest in Nigeria and is reported to have killed six times more people than Boko Haram.

The Advisory Group on Australia-Africa Relations has estimated the value of Australian investment in the continent is approximately AU $30 billion – although some estimates have previously placed the value at more than AU $50 billion. The majority of this is in the natural resource sector (mainly mining and oil), with more than 170 Australian Stock Exchange-listed companies operating in 35 African countries. Crucially, many of these projects are also located in conflict-prone or -afflicted areas and present a direct threat to Australian personnel and commercial interests. One is reminded of the kidnapping of two Australian citizens from a Nigerian mine in 2016. Yet the exclusion of Africa from Australia’s 2017 Foreign Policy White Paper and its 2016 Defence White Paper points to a failure to recognise the security implications of such a reality. The continent’s conspicuous absence from Canberra’s security discourse raises serious questions as to how Australia can protect its economic and commercial interests in a region marred by conflict and social unrest.

More troubling is the disconnect between Australia’s strategic ambivalence and the statements made in the Department of Foreign Affairs and Trade’s 2017 strategy on Australia’s engagement with Africa. Citing massive refugee flows, epidemics, and the spread of terrorism, the paper made a clear argument for closer engagement with Africa across a range of issues. While initiatives like the annual Australia-Asia Week and the Australian Defence Force’s involvement in UN missions in the region (including current participation in the UN mission in South Sudan) are promising in terms of promoting deeper engagement, there is still room for Australia to engage more, especially considering the efforts of allies like the United States, United Kingdom and Canada who are fighting counter-terrorism campaigns in the Sahel and Horn of Africa. (Curiously, one of Australia‘s most significant contributions to the region – a Navy vessel in support of anti-piracy operations in Somalia and Kenya – has been described as a “Middle East” deployment.)

Canberra’s inconsistent Africa policy provides a poor basis on which to prepare for a global future in which Africa will have a significant role to play. Only by more systematically integrating Africa into its strategic discourse can Australian foreign policy better adapt to the shifts our region is taking. Developing African expertise within our diplomatic and military corps is needed to challenge this deep-seated strategic ambivalence, as well as to arrive at a more nuanced understanding of the economic opportunities and risks afforded by African countries. It’s high time Australia realises how much Africa matters.

William Hicks is a graduate of UNSW Canberra where he completed a Bachelor of Arts, majoring in History and Politics as part of their research program. His areas of interest include development and security studies.

This article was originally published on Australian Institute of Internal Affairs' Australian Outlook blog and is republished under a Creative Commons License.