Why did Australia enter the Great War? 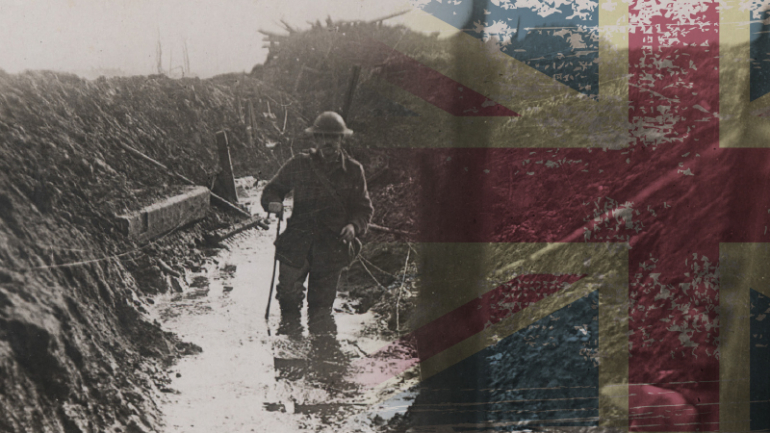 “We were all racist at that time.”

It was among the pointed exchanges at a UNSW Canberra symposium on Tuesday. Five historians and an audience of 80 questioned the validity of this point and whether it contributed to Australia’s decision to enter the war.

Why Australia Went to the Great War, hosted by Australian Centre for the Study of Armed Conflict and Society, was designed to spark debate. However, event organiser Professor Peter Stanley says it is important to question the politics of our past.

“Most conferences in Australian military history tend to assume that wars start, and to leave the politics out,” Professor Stanley says.

“This one asks why, and directly addresses the politics both in 1914 and after.”

“Australia had no constitutional power to opt for neutrality. Nor was neutrality politically or emotionally possible for a nation in which so many people felt themselves to be transplanted Britons,” Dr Newton says.

“Australia's government, however, did not simply respond to British invitations to send assistance - it leapt ahead of them.”

“As a colony of the British Empire, we were always going to be in it once Britain was,” Dr Lockhart says.

“The serious discussion then revolves around the fact that, as a self-governing colony, Australia had the power to determine the form of the involvement.

“Would we have a modest involvement that carefully gathered and deployed the country’s modest resources? Or would we throw ourselves blindly into an imperial undertaking without any serious consideration of the costs? As it happened, we would throw ourselves blindly into the war with no regard for the costs - because of unwarranted colonial insecurities and race fears about Japan.”

Professor Stanley says Australia has a strong tradition of not criticising those who fought in war, which has turned our focus to events, rather than ideas.

However, he says it’s important that we understand the patterns in our history and reflect on how significant decisions might be made without realising their implications.

“1914 was the first time Australia went to war as a nation, but not the last,” Professor Stanley says.

Dr Newton agrees: “If there is a bond between the future and the past, if there is true respect for the Anzacs, this should prompt us to make the most searching inquiries into how and why we embarked upon expeditionary warfare at such cost. And for what? Because why we fought matters much more, in the end, than how we fought.”

But was the question answered? While the details are still up for debate, Professor Stanley captured a synthesis that summed up the speakers’ interpretations:

In the decade before the outbreak of the war, Australians feared potential invasion by Japan. Fisher and Pearce secretly agreed in 1911 to commit an Australian expeditionary force to meet the empire’s needs, in the hope that Britain would protect Australia from a Japanese threat.

In August, 1914, the Australian Cabinet decided in advance of British requests to offer, and soon after enlarge, an expeditionary force to serve imperial interests.

Australian anxiety over what they saw as a potential German threat, in Europe and beyond, encouraged the Australian government, under Billy Hughes’s impulse, willingly become complicit in the prosecution of acquisitive British war aims.

Why Australia Went to the Great War was hosted by the Australian Centre for the Study of Armed Conflict and Society at UNSW Canberra on 8 May, 2018.