Why does the ACT have the highest rate of repeat prison episodes in Australia? 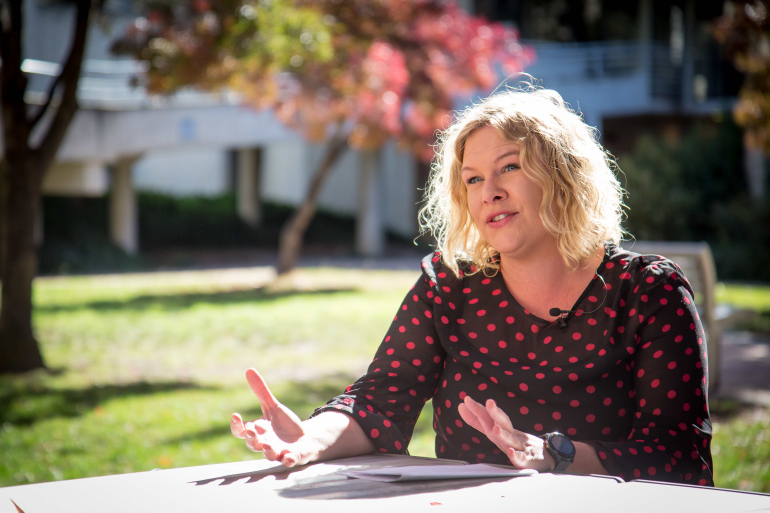 A ‘revolving door’ style prison system is probably not what most people associate with an affluent jurisdiction such as the ACT, but the territory has the highest rate of return prison episodes in Australia.

There are more than 500 detainees in Canberra’s Alexander Maconochie Centre (AMC) and about three-quarters of them have been there before. This compares to a national average of 57 per cent.

Detainees return to the AMC an average of six times and up to as many as 24 times, and UNSW Canberra Lecturer Caroline Doyle believes this needs to change.

“Detainees and former detainees often have made one mistake in their life. We’ve all made mistakes and so we all deserve a second chance,” Dr Doyle said.

When detainees are released from prison, they can experience a range of challenges that impact their rehabilitation into the community.

“If we don’t understand and address the challenges that former detainees face, then it is a recipe for re-offending behaviour.

“If we don’t do something, the ‘revolving door’ will continue,” she said.

One of the main challenges is getting a job once a detainee has left prison. Obstacles to employment include having a criminal record, a lack of formal qualifications and even a lack of appropriate clothes to wear to a job interview. A criminal record can even be an obstacle for volunteer positions that require a Working with Vulnerable People Card.

The ACT is a small jurisdiction, which lends itself to a unique set of challenges. Parole conditions often confine former detainees’ to their own state of territory, making a fresh start difficult for Canberra residents.

“What often happen is that individuals, when they are released, have a higher chance of running into individuals that they socialised with prior to being incarcerated,” Dr Doyle said.

“This also presents some barriers when you’re looking at your reintegration into society and your chance of socialising with individuals which perhaps might not assist you with this reintegration.”

Affordable housing is a nationwide problem, but it is even more difficult in Canberra, as it has the most expensive rental market in the country.

“Rental properties are cheaper in Queanbeyan than they are in the ACT, but because of that condition of your parole that you’re unable to leave the ACT, then you’re unable to access that housing,” Dr Doyle said.

There has been no qualitative assessment of the experiences of former detainees following their release from the AMC, so Dr Doyle – who is also the President of Prisoners Aid ACT – has teamed up with Australian National University researchers Professor Lorana Bartels and Dr Anthony Hopkins for a new study.

The study aims to explore the lived experiences of former detainees, identify the service providers they engaged with and understand what works well and what can be improved.

The project will interview former detainees at one month, three months and six months after their release from the AMC.

“In the study, by following a narrative design, we acknowledge that an individual can tell a story about their experiences and provide them with some motivation in this process that things will actually get better,” Dr Doyle said.

“It recognises that re-entry into the community is not really a static event, but a social process which incorporates their life before prison, their immediate release and the years that follow this.”