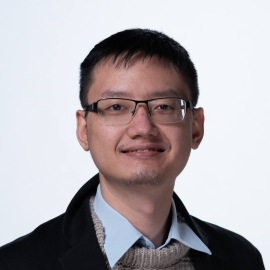 Nguyen The Phuong is a PhD Candidate in Maritime Security with the School of Humanities and Social Sciences. His current research focus on the development of the Vietnam People’s Navy since 1986, from a marginalized service after the Vietnam War to a “green-water” navy capable of defense the country’s interests within its Exclusive Economic Zones. His thesis examines the characteristics of Vietnam’s seapower, if there is any meaningful presence of its in the country’s historical and current strategic mindset; Vietnam’s maritime security strategy since the opening up of the country’s economy and the adoption of internationalism; and how various cultural, geo-political and geo-strategic factors has been shaping the rise of the Vietnam People’s Navy in the 21st century.

Nguyen The Phuong took his bachelor’s degree from the Faculty of International Relations, University of Social Sciences and Humanities (USSH) which is a member of the Vietnam National University-Ho Chi Minh City (VNU-HCM). He then earned his master’s degree in Contemporary East Asian Studies from Duisburg-Essen University in Germany. He used to work as a Research Assistant at the Saigon Center for International Studies (SCIS) then part of USSH, and as a Lecturer at the Faculty of International Relations, Ho Chi Minh University of Economics and Finance (UEF).

His research interests include Vietnam’s military and naval affairs, Vietnam’s security strategies and its civilian-military relationship, maritime security and strategy in theory and practice, and the role of new technology in warfare.