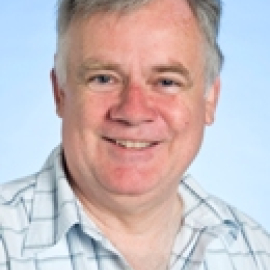 Professor Russel Cooper is an Honorary Professor at the School of Business, UNSW Canberra.

His early academic career at Macquarie was primarily devoted to teaching (mainly applied econometrics). His mid career at UWS was initially heavily oriented towards academic administration. In the early 2000s, Russel moved to UWS’s Australian Expert Group in Industry Studies with the aid of a research collaboration grant from the Communications Economics and Electronic Markets Research Centre, Curtin University of Technology. Two ARC funded Discovery Projects followed (one on the regional economics of the ‘digital divide’ and another on forecasting with short time series – a special problem with innovative technologies).

Developing tools for quantifying the productivity of innovations in IT has been the focus of Russel’s recent consultancy work. He is now scoping the prospects for developing an interactive framework that will enable visitors to his ADFA website to conduct ‘What If?’ experiments in any of over 30 countries worldwide, enabling cross-regional comparisons and evaluating the effect on economies of further public/private sector joint investment in innovative IT projects.