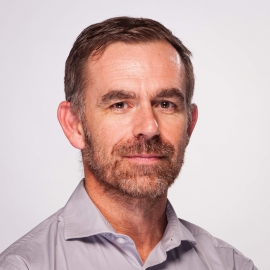 Prof Tyo joined the School of Engineering and IT at UNSW Canberra in 2015 as the Head of the School and Professor of Electrical Engineering.  Before coming to UNSW, he was a professor in the College of Optical Sciences at the University of Arizona (2006 - 2015) and the University of New Mexico (UNM, 2001 - 2006).  After completing his PhD at the University of Pennsylvania in 1997, he spent several years in the US Air Force (USAF) working as a researcher and an academic.  He worked on research programs in High Power Microwave Systems and Space-Based Remote Sensing in the Directed Energy and Space Vehicles Directorates of the US Air Force Research Lab (AFRL), and he was military faculty at the US Naval Postgraduate School from 1999 - 2001 while serving as a USAF officer.

Scott started his research career working with Prof Nader Engheta at the University of Pennsylvania on a project that mimicked polarization vision abilities of fish to develop an underwater imaging system based on differential polarimetry.  While a PhD student, he wrote the seminal paper on the use of simple, 2-channel differential polarimeters (adaptive s0 - s1 imagers) to improve contrast in low-visibility situations.  He also initiated a line of research on polarimeter optimization that has continued to evolve to this day.

Upon completion of his PhD, he was assigned to the High Power Microwave Division of AFRL in Albuquerque, NM.  He worked for three years with the leading HPM research group in the world, publishing several papers with Dr Carl Baum on the development of ultra wideband (UWB), HPM antennas.  That work evolved into a research effort on the optimization of UWB antennas through careful aperture control and engineering, much of the work done with Dr Jerald Buchenauer at AFRL and later at the UNM.  After moving to Arizona in 2006, he initiated collaboration with Prof Rick Ziolkowski that transitioned the work on UWB antennas into a productive research program exploring metamaterial-inspired techniques to make extremely electrically small antennas (EESAs) for HPM applications.  Prof Ziolkowski and Tyo at Arizona, working with ASR Corporation in Albuquerque, demonstrated several novel EESAs based on these concepts.