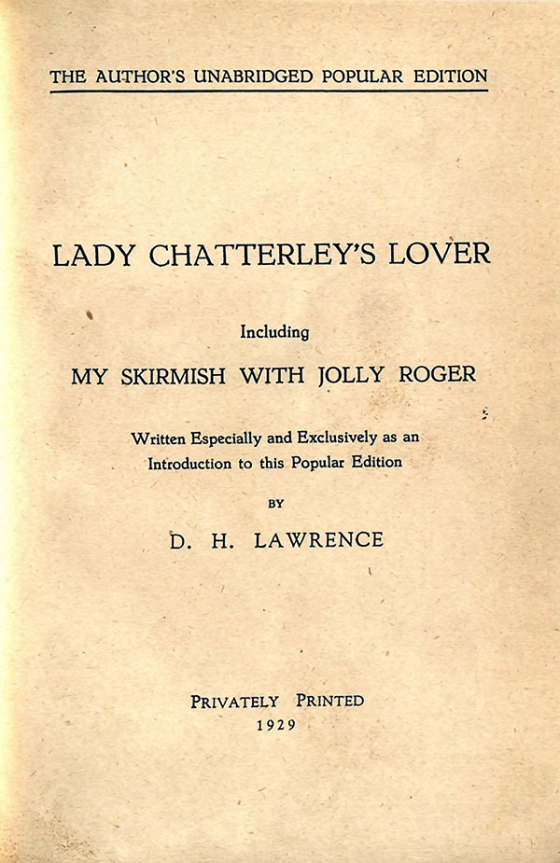 Lady Chatterley’s lover by D.H. Lawrence quickly became one of the most famous novels of the early 20th century, arousing notoriety for its overt sexual content when it was published in the late 1920s, though in time achieving recognition as one of his finest works.

First issued in 1928, the book has a fascinating publication history, including multiple expurgations and piracies as well as clandestine continental editions which were issued as a way of circumventing British and American censorship laws.

Acting on the advice of Lawrence’s friend Norman Douglas, the 1928 edition was privately printed in Florence with the assistance of Douglas’ associate Pino Orioli, and then distributed in small batches to booksellers in America and England to avert suspicions from authorities.

After several reviews the book sold quickly and pirate publishers began printing crude copies of the work, for which Lawrence received no royalties.  These circumstances spurred Lawrence to produce his own private version of the book, this so-called ‘Paris edition’ which was published in the city in 1929, and priced at 60 francs to undercut the 300-400 franc profit of the unauthorised publishers.  The edition is the first to contain Lawrence’s introduction to the novel under the banner ‘My skirmish with Jolly Roger’, including an entertaining account of his tussle with the publishing pirates.