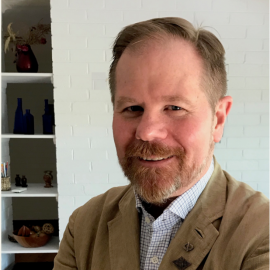 Dr. David Kilcullen is a former soldier and diplomat, and a scholar of guerrilla warfare, terrorism, urbanisation and the future of conflict, who served 25 years for the Australian and United States governments. During the Iraq War, he served in Baghdad as a member of the Joint Strategic Assessment Team, then as Senior Counterinsurgency Advisor, Multi-National Force Iraq in 2007, before becoming Special Advisor for Counterinsurgency to U.S. Secretary of State Condoleezza Rice in 2008. He was the U.S. State Department’s representative on the 2008 Lute Review of Afghanistan-Pakistan Strategy, and was lead author for the U.S. Government’s Counterinsurgency Handbook. In Afghanistan, he founded the ISAF Counterinsurgency Advisory Assistance Team in 2009, served as advisor to Commander ISAF, and was a senior research scientist on the Defense Advanced Research Projects Agency’s (DARPA) Afghanistan country program.

Dr. Kilcullen has taught at universities and military colleges in the United States and Europe, making scholarly contributions to the theory of guerrilla warfare, insurgency and counterinsurgency, future conflict, human geography, urban studies, and fieldwork methods for conflict ethnography and remote observation. He is a distinguished graduate of the Australian Defence Force Academy, where he was awarded the 1987 Chief of Defence Force Prize for the top Army graduate, and of the Australian Command and Staff College, where won the 2001 Commander-in-Chief’s Sword for the top graduate from all services, and the Commander Australian Theatre Award for excellence in Joint Operations. He holds a Bachelor of Arts with Honours in Politics and English from the University of New South Wales, a Masters of Management from the University of Canberra, a Graduate Diploma in Linguistics from the Australian Defence Force School of Languages, and a Ph.D. from the University of New South Wales.

Dr. Kilcullen was named one of the Foreign Policy Top 100 Global Thinkers in 2009. His books, The Accidental Guerrilla and Counterinsurgency, are used in several universities, as well as by policy-makers, the military, intelligence services and development agencies worldwide. His third book, Out of the Mountains, which examines conflict in the connected, coastal cities of the future, was awarded the 2013 American Publishers’ Association prize for Professional and Scholarly Excellence in Government and Politics. Accidental Guerrilla won the same prize in 2009 and was a Washington Post best-seller. His 2015 essay, Blood Year: Terror and the Islamic State won the 2015 Walkley Award for long-form writing, and was published as a full-length book in 2016 by Oxford University Press.